There was a moment, as 2014's autumn slowly moved towards winter, that will stick in Desert Psychlist's memory for aeons to come, that moment came in the shape of a conceptual album released by a then little known band from Rome, Italy going by the name of Otehi. The album in question was titled "Dead Chants and Forbidden Melodies"  a stunning opus that blended mystical themes and psychedelic motifs with crunching riffage and brutal rhythms and propelled the band from being an interesting little Italian trio to cult status almost overnight.The band, Domenico Canino (Guitar,Vocals & Effects), Maciej Wild Mikolajczyk (Bass & Vocals) and Corrado Battistoni  (Drums), return this year hoping to cement their newly acquired reputation with a new opus of lysergic grooves presented under the collective title "Garden of God" 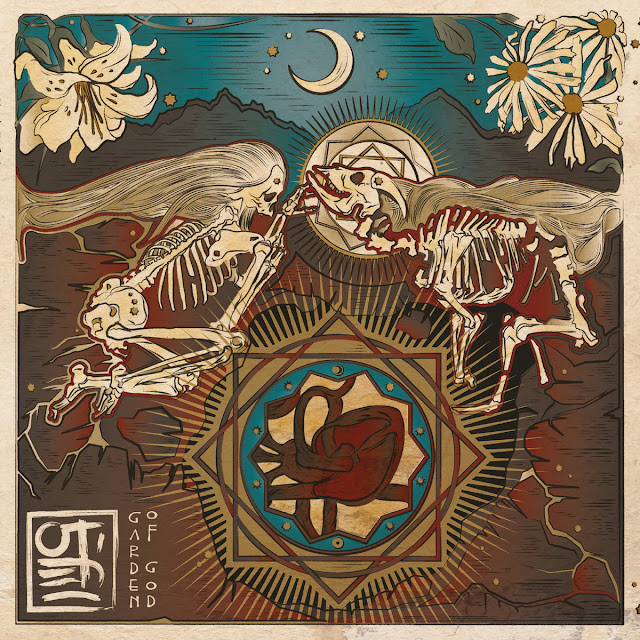 "Sabbath" opens proceedings and in complete contrast to what its title may suggests is 01:01 minutes of synthesised effects that mimics the dawn's chorus of singing birds heralding in the new day.
"Naked God" follows, opening its account with a filthy fuzz drenched circular guitar riff supported by thick growling. bass and superbly executed percussion. Over this tsunami of grizzled riffage and thrumming rhythmic groove are delivered clean strong vocals perfectly pitched to match the undulating jazzy swing of the songs groove. As the song reaches the halfway mark the groove briefly shifts into lysergic territory with Mikolajczyk's bass and Battistoni's shimmering percussion the bedrock over which Canino executes reverberating arpeggios and brushed chords that slowly grow in tempo and intensity until suddenly erupting again and heading to its finale on the songs initial riff and groove.
"The Great Cold" begins with strummed clean guitar chords backed by a strident, eastern tinted  bass motif before being joined by the drums and suddenly exploding into a dirty. heavily fuzzed and distorted stoner-ish groove only to then subside back again. The song ebbs and flows between these two dynamics of crunching western riffage and gentle eastern ambiance with the vocals following suite, clean and resonant in the quieter passages, feral and aggressive in the heavier sections
"Verbena" is up next, its deliciously heavy intro collapsing down into gentle ambience with  glistening shards of guitar colouring and whispered/spoken vocals weaved around liquid bass and restrained percussion fragmented with moments of distorted chainsaw riffage and brutal pounding rhythm.
"Purified" sees Otehi jamming their signature sound of lysergic grooves blended with brutal riffage but this time throwing in an interesting curveball in the shape of an almost Germanic/robotic type vocal delivery, the band channelling an element of Kraftwerk-ian krautrock into their psychedelic refrains of lysergic metallic bluster.
"Esbeth" closes the album in much the same fashion as it started with those synthesised effects, used on first track "Sabbath", this time mimicking the creatures of the night lamenting the setting of the sun and the end of the day. 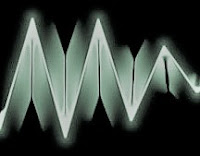 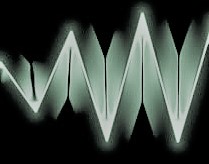 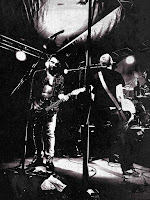 Otehi may not be the most prolific of bands, its been almost a three year time span  between "Dead Chants and Forbidden Melodies" and the new album "Garden of God" with only a live acoustic album "Unplugged" delivered in-between but when they DO deliver THEY DELIVER!
Check 'em out ....