Desert Psychlist doesn't know if its something in the water or just that there is an international shortage of vocalists around at the moment but there seem to be a real glut of instrumental albums being released of late. Latest instrumental opus to grace our ears is "Died With Fear" an album that comes from a band who have graced these pages before, a trio from Salzburg, Austria going by the name of Les Lekin. 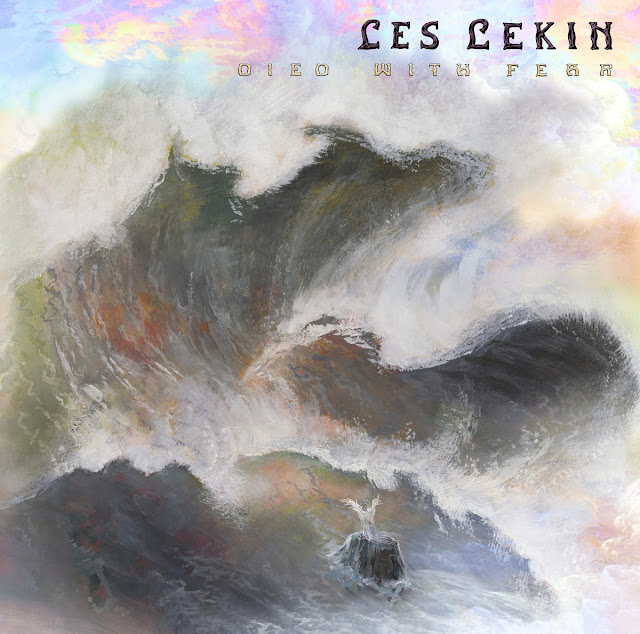 "Died With Fear" follows very much in the same vein as the bands previous outing "All Black Rainbow Moon" with swirling guitar motifs and solo's soaring over backdrops of intricate fluid bass lines and complex rhythmic patterns. Where "Died With Fear" differs from its predecessor however is in it's dynamics, where "All Black Rainbow Moon" utilised a heavier, slightly stoner-ish approach the new album comes from a more fluid, lysergic place with the grooves laid behind those soaring solo's and motif's seemingly feeling a little less harsh, a touch less abrasive. This is not to say Les Lekin have lost their edge, far from it, there are sections where the engine room of Beat B (bass) and Kerstin W (drums) could give even the heaviest, most extreme metal rhythm sections a run for their money, especially on opener "Orca" and the epic closer "Morph". It is however on the bands more psychedelic forays, like "Inert" and "Vast", that this more restrained and considerate approach pays its biggest dividends, the bassist and drummer easing of the gas in places to allow guitarist Peter G. to rend the air with his blistering solo's, the G man channelling the feel of David Gilmour, the technical panache of Jimi Hendrix and the lysergic attack of Earthless' Isaiah Mitchell through his considerably impressive fretwork, filling the spaces Beat B and Kerstin W leave with a flurry of well chosen notes, arpeggios and chords. 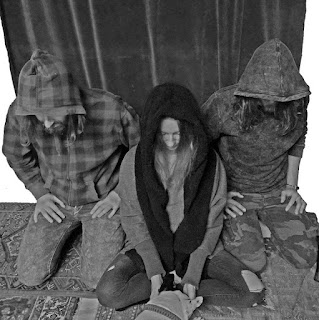 Heady, trippy and with a satisfying crunch at its core "Died With Fear" is an amazing collection of instrumental pieces that should not only appeal to those that like their music a little on the psychedelic side but also those who like a little bite in their grooves.
Check it out ....