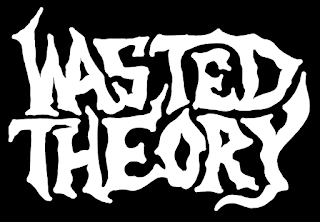 Delaware/Maryland  rock'n'roller's Wasted Theory cut a band sized swathe through the undergrowth of the stoner/hard rock scene with their 2014 release "Death and Taxes", a stunning collection of southern tinged riff heavy rock'n'roll perfect for listening to with a beer in one hand and something exotic and herbal in the other. 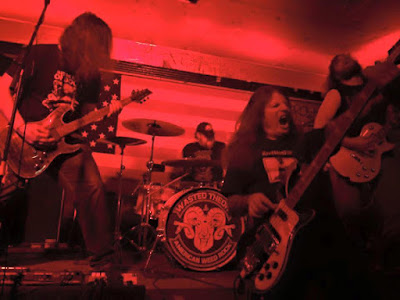 Two years have passed since "Death and Taxes" but the members of Wasted Theory, Larry
Jackson Jr.- lead guitar/vocals, Brendan Burns - drums, Dave McMahon - rhythm guitar and Rob Michael - bass, have not been idling their time on drink, drugs and women (although I suspect there may have been time for that too) they have been working hard gigging their asses off and writing new songs some of which have made their way on to the bands brand new album "Defenders of the Riff" due for release on October 30th (2016). 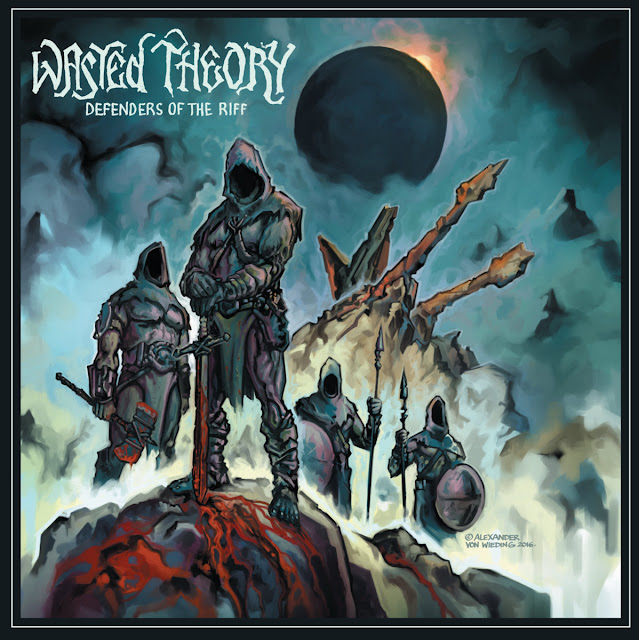 Break out that old pasting table, throw an old sheet over it and fill the table with beer, whiskey and food 'cos were going to have a party!
From the opening bars of first track "Get Loud or Get Fucked" it's pretty obvious this is not an album for those looking for introspection or answers to the meaning of life, no, this is an album for having a good time, cracking a few cans and having a laugh with good friends. Songs like "Black Witch Blues", "Atomic Bikiniwax" and "Under The Hoof" are infused with elements of AC/DC-ish bluesy hard rock sprinkled with healthy doses of southern rock swagger, stoner attitude and most importantly.. fun. Nowhere is that feeling of fun more evident than on the wonderfully titled "Belly Fulla Whiskey" where the band mix this element of playfulness with a groove and spirit reminiscent of southern rock legends Black Oak Arkansas a groove that sees guitarist/vocalist Larry Jackson Jr. channelling the spirit of Jim "Dandy" Mangrum through his low throaty vocal. Even when Wasted Theory do step outside the southern hard rock stoner box as on the excellent doom-lite closer "Odyssey of the Electric Warlock" it is done with their tongues placed firmly in their cheeks, when Jackson Jr. sings "the time has come to sacrifice" you can almost imagine him dressed in a monks cowl with a beer hidden up his sleeve and a pair of battered sports shoes peeking beneath the hem.
"Defenders of the Riff" is an excellent album that further enhances Wasted Theory's reputation as a growing musical force in the underground rock scene and does so with a wink and a knowing smile. It is the perfect follow up to the bands first album "Death and Taxes" its just a pity we've had to wait two years for it.
Check it out .....

"Defenders of the Riff "is expected be released April 2017 on vinyl courtesy of  No Slip Records
Posted by Desert Psychlist at 07:23