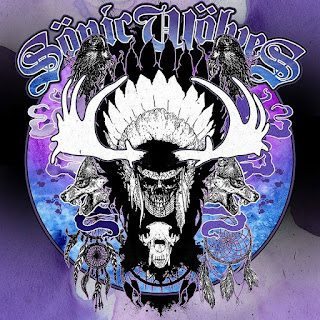 Born in Alessandria, Italy and consisting of Kayt Vigil - Bass/Vocals (ex Hatchetface and Pentagram and current bassist in Rogue State) Vita - Drums (Ufomammut, Rogue State), Paolo Melotto - Guitar/Vocals (ex Psyconauts) and Diniz - Guitar (Temple Of Dust and Mexican Chili Funeral Party), Sonic Wolves are a band not adverse to a heavy riff or two. Originally formed in 2012 as Tsutar the band went through a slight line up change before reconvening under the Sonic Wolves banner in 2014. Last year (2015) the band went in to the Ampire Studio's, Pistoia to record a full length album the results of which can be heard on the soon to be released "Before The End Comes" on Taxi Driver Records. 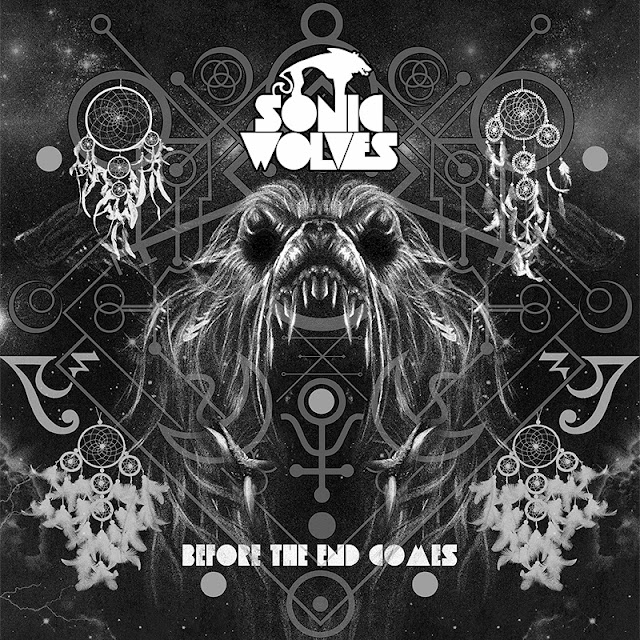 "Before The End" packs a lot into it's eight tracks, from the Native American pipe and drums intro of "Winds of War" that leads into the psych soaked and very punk/new wave "Geronimo" through the deliciously dreamy doom/occult groove of "He Said" to the hard rock, heavy metal drive of  title track " Before The End Comes" not a moment is wasted in mindless noodling or musical over indulgence. Reverb drenched vocals, both male and female, resonate around a backdrop of fuzz heavy guitars, throbbing bass and  tumultuous drumming that sees all four members playing for the songs rather than despite of them.
If your looking for something a little different that has a sense of the past but still has its feet in the here and now then check these guys out.

Posted by Desert Psychlist at 10:07