Montana, a state in the north western region of the USA,  is an area known for its spectacular natural beauty, mountains, valleys and lakes make up the geography of a place that some have dubbed "Big Sky Country" and "The Last Best Place". With a reputation such as this you would expect the music coming from the region to reflect these powerful descriptions and in the case of Kalispell, MT's Wizzerd it does! 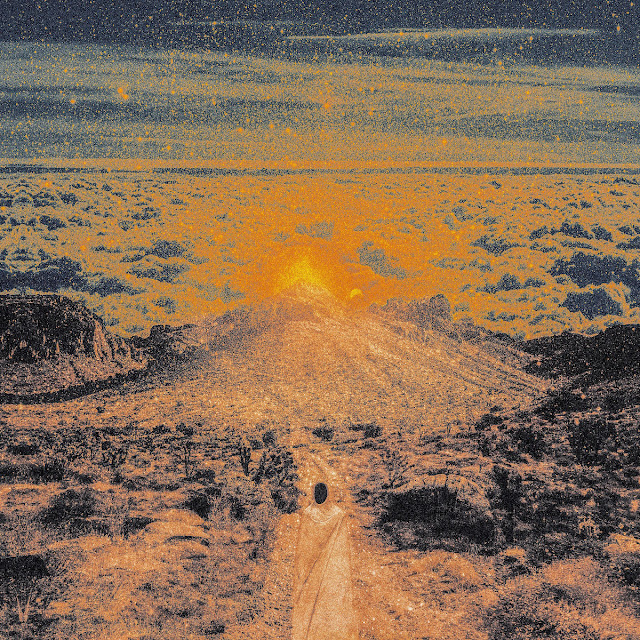 The album opens with title track "Doomchild", and begins with a synthesised swirling wind and rain effect segueing into a slowly evolving doom drenched, slightly proto-metal crunching dark riff. Ascending and descending in intensity the riffage is driven from beneath by throbbing bass and powerful drumming that is then in turn joined by powerful clean gritty vocals, the whole coming together to create a groove that is as heavy as it is atmospheric.
Next track "Desert" comes at you from a completely different angle, blending eastern themed desert grooves and motifs with heavily fuzzed guitars and tribal drumming creating a type of Colour Haze meets Elder groove that is at times hypnotic and tranquil at others complex and intense but at all times highly enjoyable.
"Forest" sees the band channelling a little proto-metal/acid rock attack into their doomy grooves, a strong melodic vocal soaring over a pounding, insistent rhythmic backdrop of bone shaking bass and pounding drums that is further enhanced by buzzsaw riffage and duelling guitar solo's.
"Ocean" rides in on synth created drone effect before a Sabbath-esque groove takes over and the vocals come in. Slightly monotone and delivered with a weary melancholic tone the vocals are nonetheless perfectly suited to the songs moody dynamic, a dynamic one can only wish lasted a little longer than its brief 03:11.
Album closer "Sky" is storming instrumental that blends elements of psych, prog and space around a driving drum and bass groove. Guitars trade riffs,licks and solo's around swirling, swooping synths before everything comes to a crashing close and the last note fades to silence.

Wizzerd's "Doomchild" is a promising and very good debut from a band who certainly know their way around their instruments and have a strong  understanding of song structure and arrangement but it is also an album that is slightly schizophrenic and therefore asks a few questions. Will this band follow the experimental/psych route of "Desert" or instead opt for the heavy doom/metal road of the title track, maybe they will continue to do both as on the prog-ish "Sky"? We will have to wait and see.

Posted by Desert Psychlist at 10:26