The fact that it took four years before Portland, OR's Holy Grove got around to releasing their self titled debut "Holy Grove" says a lot about this bands commitment. Not prepared to rush into anything they might regret later, the band gigged around their native Portland earning a reputation as a must see live band while all the time working hard on writing songs that not only meant something to them but also translated to their growing audience. "Holy Grove" was released to much anticipation and that anticipation was rewarded with an absolutely mind blowing album, a tour-de-force of bluesy swagger and doomic stoner splendour that garnered praise in all the right quarters. Two years later, with a new drummer behind the traps Holy Grove, are back with a new opus "Holy Grove II" (Ripple Music) so lets see how far they've raised the bar with this one. 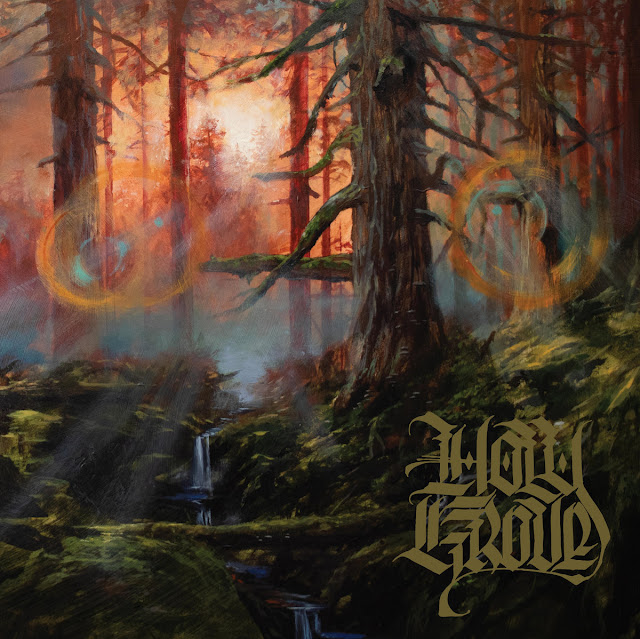 The fact that Holy Grove managed to recruit legendary producer/engineer Billy Anderson to oversee the recording of "Holy Grove II" says a lot about how well regarded this band are within the underground rock scene, Anderson's CV includes such notables as The Melvins, Sleep and Agolloch and here he puts his mark on things by giving "II" an organic, almost live feel, a feel totally in keeping with the bands reputation as a potent live force. Anderson's engineering/production skills aside what makes "II" tick is the strength of its songs, from the titanic and turbulent "Blade Born" through the shapeshifting grooves of "Solaris" to the sprawling epic doomic splendour of "Cosmos" not a musical note or vocal inflection is wasted  Andrea Vidal's soaring, impassioned vocals are a revelation throughout "II" the vocalist effortlessly switching from a powerful bluesy holler to a sultry whisper in a instant, her voice as much a well tuned instrument as it is a force of nature. Beneath this tour-de-force of vocal gymnastics Gregg Emley (bass) and Eben Travis (drums) shift up and down through the gears laying down a diverse array of rhythmic grooves that sway between complex and primal allowing Trent Jacobs room to fill in the spaces with a mixture of dark chordal colouring and sweeping blues infused guitar solo's, the three complimenting Vidal's superb powerhouse vocals with a series of intense and equally powerful musical backdrops. 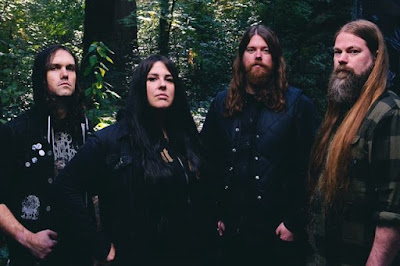 There are those that might think that for a band that has been around since 2012 two full albums in six years is not such a great return! Those people would be wrong, some things in life are worth waiting for especially when those things turn out to be as spine tingling wonderful and as essential as "Holy Grove II"!
Check it out ….