Mexico's Comanchet count among their influences such hard rock and metal luminaries as Mastodon, Red Fang, Whores, High On Fire and of course Black Sabbath so it comes as no surprise that Comanchet's latest release "CXXXVIII" references some of those influences in its grooves. Comanchet however are no fools and are not a band content to just mimic the sound of their heroes, over the course of the four songs that makeup "CXXXVIII" they prove that even if a band is, to some extent, a product of its influences its music can still sound fresh, vital and exciting. 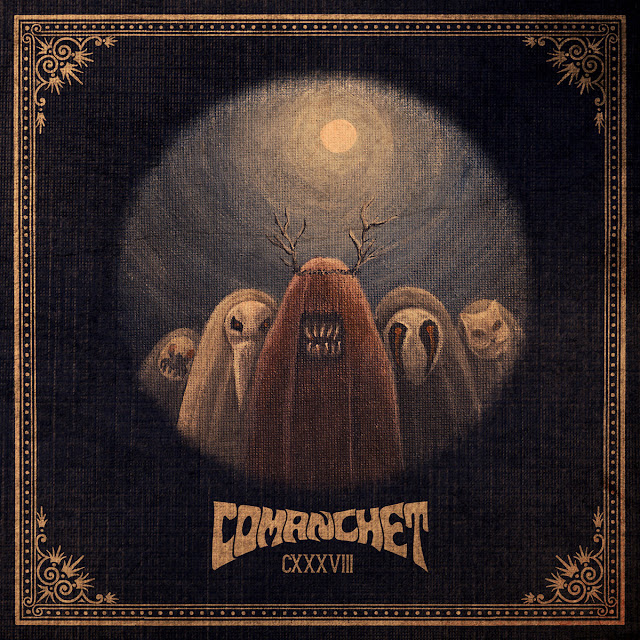 Slow, low and dialled in dank is the first impression, as "CXXXVIII's" first track "Desconocido" lurches menacingly out of the speakers, but then the tempo increases and the song moves from doomic into something a little more proto-metallic and stonerized that is then overlaid with thick, deep throaty vocals (sang in Spanish). "Garabato" takes the doomic qualities of the previous track and ramps them up ten fold by adding a touch of stonerized metallic oomph to the mix along the way while third track "Taarna" finds Comanchet shifting into full on stoner mode with a groove that swings harder than a piñata in a wind tunnel. The band finish off proceedings with "Aquelarre" a song that pulls all the Comanchet's influences into one song, the band cramming elements of metallic prog, swampy sludge and whatever else they can find into just under six minutes of mind-blowing and intense heavy groove. 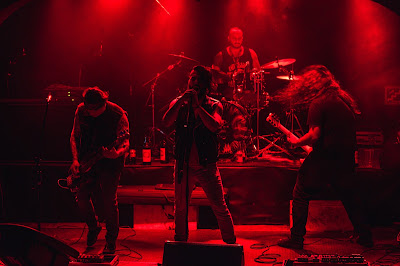 Music as good , as exciting and as groovalicious as Comanchet's "CXXXVIII" cannot be, should not be, held back by borders or fences. Mr Trump might build a wall to try to stop the Mexican people from crossing into the USA but music this good will always find its way over.
Check it out …..