Usually, when reviewing a band hailing from Norway, Desert Psychlist starts off with a little verbal riffing about how underground rock music from that country has a quirky, off centre dynamic. This time around we can't really use that tried and tested intro as the band in question, Captain Caravan, are a straight down the line stoner/classic/hard rock combo with more bite than a Grey Wolf, something you can check out for yourselves by spinning their debut album "Shun The Sun" (Vinyl release via Cursed Tongue Records, due 2019, digital formats available now via Bandcamp, Spotify and all the usual digital outlets) 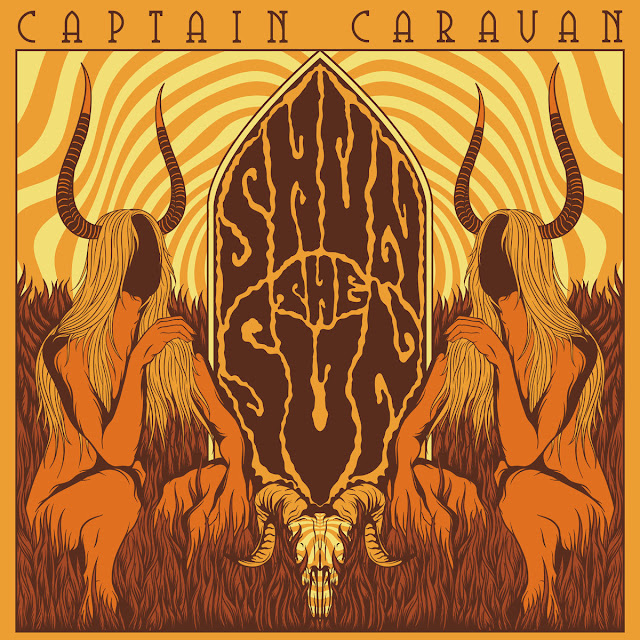 "Old school" is a term we all use from time to time to describe music that has it's roots in the past and there is no denying that the grooves executed by Captain Caravan on "Shun The Sun"  have a very distinctive 70's vibe, however that is not something to be ashamed of within the stoner/hard rock fraternity, in fact given that the whole stoner rock scene and its many offshoots has been founded on what has gone before means being called "old school" could now very well be considered a badge of honour. Captain Caravan, Geir Solli (bass), Johnny Olsen (vocal), Morten Skogen (drums) and BK Sæstad (guitar). make no bones about the influences that have formed their sound and nor, as listeners, should we. especially as the sound these guys make together is some of the finest heavy "classic" orientated rock that has come out of Norway in a long time.. Another feather in the bands cap is managing to get studio maestro and Wo Fat guitarist/vocalist Kent Stump to put the finishing touches to "Shun The Sun", his renowned mixing skills giving songs like "Illusion of Meaning", "Zombie Machine" and "Book of Oblivion" not only a huge bombastic feel but also a clarity often not associated with albums released under the underground rock banner. Musicianship throughout "Shun The Sun" is of the highest calibre with sterling performances from all involved,  Sæstad's guitar when not tearing out searing solo's splutters and crunches with raucous chordal colouring while Solli's booming growling bass,combines with Skogen's punchy, powerful percussion to form a backdrop of solid. tight rhythm many bands would give their right arms for. Over this groovalicious foundation of swaggering heavy rock Olsen contributes gritty strong and powerful vocals, telling the bands stories with unbridled passion in tones dripping with gravitas. 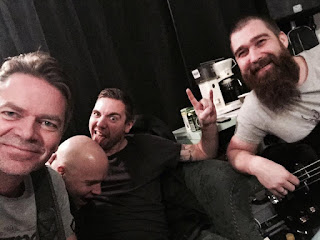