Craneium, Andreas Kaján (vocals & guitars), Martin Ahlö (vocals & guitars), Joel Kronqvist (drums) and Jonas Ridberg (bass), have been about, in one form or another, since 2011 and in that time the Finnish combo have earned a reputation as a solid go to for mellow sounding desert/stoner rock with a little bit of bite in its back pockets. Their latest release "The Narrow Line"(Ripple Music) finds the band expanding their reputation further with an album that not only will please those denizens of the underground rock scene but if the wind blows in the right direction could even see them pulling in a few listeners from the mainstream. 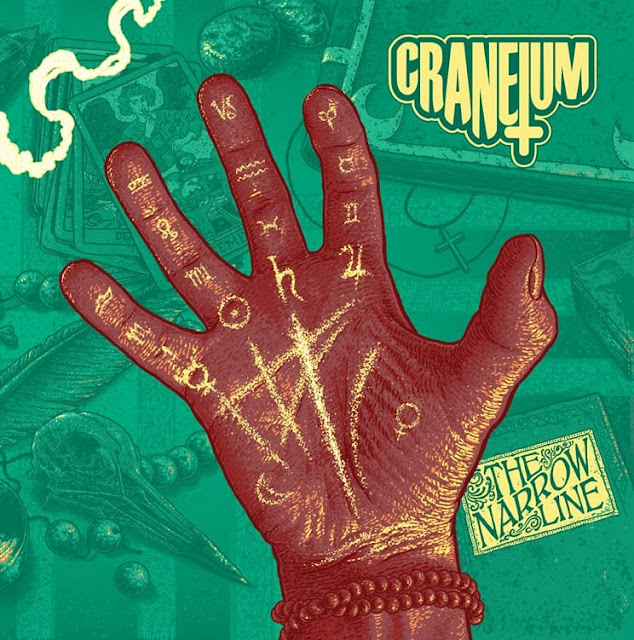 Craneium deal in fuzzy stoner rock but are not a band who are going to make your ears bleed with the sheer volume of their grooves. they are also a band who toy with elements of psych and doom but again these guys are not going to take you the outer extremes of the cosmos or summon up a demon, Craneium are a band who attack you with stealth rather than bludgeoning you over the head, the quartet laying down grooves that creep up on their listeners slowly, seducing them with a unique blend of crunching riffage and gentle melodies that they then overlay with clean mellow harmonies. This is not to say that Craneium don't rock out, there are moments on "The Narrow Line" where the band kick out the jams with raucous abandon, it's just that their rocking out has a more tempered, almost considerate dynamic that makes a pleasant change from the usual in your face attack we tend to come across in the underground rock scene. There were times during listening to "The Narrow Line" that 70's cult icons Wishbone Ash came to mind, not in sound but in the structure of songs like "I'm Your Demon" and "The Soothsayer", the band balancing out the more grittier elements of their sound with a more gentle approach adding to those elements of doom and psych, mentioned earlier, a melodic sometimes almost folk-rock edge. 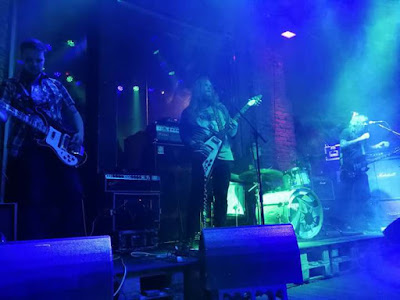 Like Wishbone Ash could be considered the "Yang" to the "Ying" of bands like Sabbath and Zeppelin then it could also be argued that Craneium might also be considered the equivalent "Yang" to the likes of say Mothership or Graveyard, still as relevant just a little mellower. "The Narrow Line" is, in Desert Psychlist's humble opinion, Craneium's best release to date and in a perfect world should see them reaching a wider international audience, whether that will happen is in the lap of the gods but if it does then they, on the strength of this album, more than deserve it.
Check it out ….