GODS OF SPACE ~ TIL HUMAN VOICES WAKE US .... review

Wilkes- Barre. Pennsylvania trio Gods of Space, Matt Hannon (bass), Tommy Pudimott (drums) and Jacob Waxmonsky (guitars/vocals), are what some might call an epic doom band, however the doom Gods of Space bring to the table is unlike anything you may have heard before in this genre, something their latest release "Til Human Voices Wake Us" more than bears testimony to. 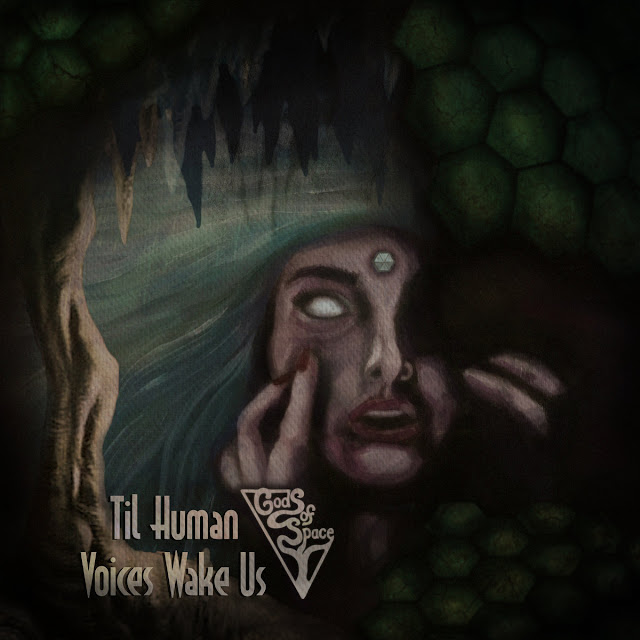 The core of Gods of Space's musical attack has its foundations set firmly in the ground once ploughed and tilled by the likes of Candlemass, Solitude Aeturnus and Lord Vicar, a deep dark and dank doom sound with a gothic edge that often gets labelled as "epic"or "traditional". Gods of Space are, however, a child of the now rather than the then and so the trio bring things up to date by filling their atmospheric grooves not with stories of demon's, witches and sacrificial altars but with tales that are relevant to the world we live in today, or as the band themselves put it .."Tales of mankind causing chaos, madness, and ruin unto themselves while losing touch with what make us human.".
From the deep droning intro of "Beyond The Time Barrier" through to the Floydian tinted atmospheric instrumental "Infinite Burn Ride" listeners are treated to a masterclass in modern traditional/epic doom with scorching guitar solo's, deep reverberating bass lines, complex percussive patterns and strong gothic tinted vocals all coming together to paint swirling portraits of a world staring skywards at the stars while standing on a planet in turmoil. 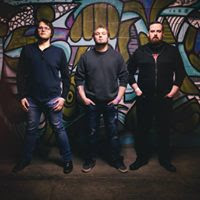 Epic/traditional doom is not so much "in vogue" these days but Gods of Space don't give a rats ass what is "in vogue". The band, with "Til Human Voices Wake Us", drag the sub genre's decaying body out of the dark recesses it has been hiding in and, with the help of a little Hawkwind-esque spacial swirl, breath renewed life into it.
Check it out ….