Mount Saturn are Cody Barton (bass); Ray Blum (guitar); Josh Rudolph (drums) and Violet Vasquez (vocals), names that will probably mean nothing to you at the moment but will do by the time you have finished reading this review and given the bands mind -blowing new album, "O,Great Moon", a spin. 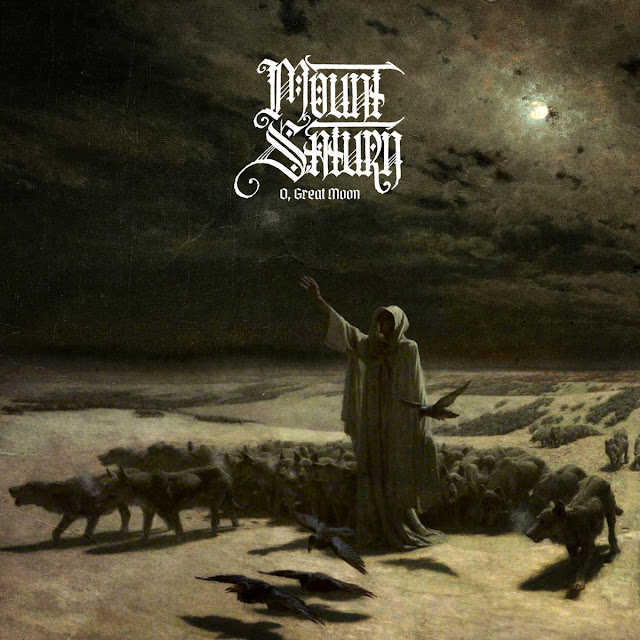 Opening number "Astraya" tells you everything you need to know about Mount Saturn, the songs dark doomic groove is heavy but not brutal and its loud/quiet/loud dynamics, cleverly placed guitar motifs and scorching solos not only ramp up its atmospherics but create an immersive effect that gives the listener the feeling of being somehow inside the music and not just a spectator looking in from the outside. Factor into this equation Violet Vasquez's distinctive and powerful vocals, her cavernous tones cleverly mixed a little back in the mix so as not to overpower the music, and you begin realise you are listening to something very special indeed. Now there are some albums, and we have all probably experienced this, that will open with a barnstormer then proceed to flicker and die unable to live up to the promise of that initial spark, but not this one, "Sword Fist", "Sandcrosser", "The Knowing", "Haunt (Me)" and "Crooked Bones" maintain, match and sometimes eclipse the levels of intensity, musicality, atmosphere and emotional gravitas shown on "Astraya", each track passing the baton to the next with no fear of it being fumbled or dropped. We have already discussed the power, tone and  emotion Violet Vasquez brings to the table with her huge and distinctive vocals but a voice needs a platform to launch itself from and Barton, Blum and Randolph provide the sort of launching pad any singer would give their right arm for. Randolph's drumming is tight and loose in equal measure, thunderous at times restrained and steady at others, Barton's bass playing brings to the party a mix of dark liquidity and feral growl while guitarist Blum channels a love of Thin Lizzy, The Allman Brothers, Earthless and Motorhead into his swirling solos, exotic motifs and crunching riffs, these four musicians combining their skills to create a sound that is dark, dank and intense yet is, despite its heaviness, both accessible and melodic. 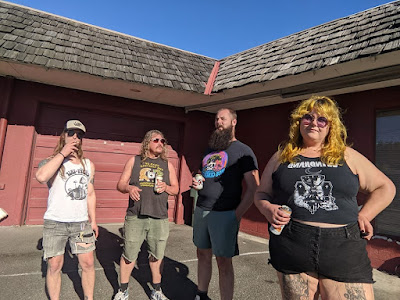 Anyone who invested time listening to Mount Saturn's debut EP "Kiss The Ring" will know what a powerful statement that release was, it was an EP that showcased a band whose approach to the doom genre came from a whole different angle to that of many of their contemporaries, a band whose utilisation of elements of space, psych and the blues added an atmospheric and emotional edge to their music, an edge made even more atmospheric and emotive by the power and timbre of the vocals that spearheaded its sonic attack. After such an impressive debut things could of gone one of two ways for Mount Saturn, their next release could have been a lacklustre disappointment, unable to live up to the expectations of its predecessor, or it could be a triumphant leap to a whole other level of good, thankfully the bands first full album, "O, Great Moon", falls very much into the latter category.
Check it out.......
© 2022 Frazer Jones
Posted by Desert Psychlist at 11:29