Angelo Catenaro  (guitars/vocals); Joe Grgic (bass/synth) and Emilio Mammone (drums) are Low Orbit a trio from Toronto, Canada who make a huge noise, and when we say huge what we really mean is MASSIVE! The band came to the attention of the wider world via their stunning self-titled debut "Low Orbit", a mix of spaced out stoner rock and heavy psych that prompted one Bandcamp listener to describe it, on the bands BC page, as "essential". The band followed this up three years later with "Spacecake" an album that found the band thickening their sound up by adding a little doom into the equation which in turn gave their music a danker, darker dynamic. Not a band to rush things the band have returned,, almost four years later, with a new album and if you thought their last two releases were "essential" wait until you hear "Crater Creator"! 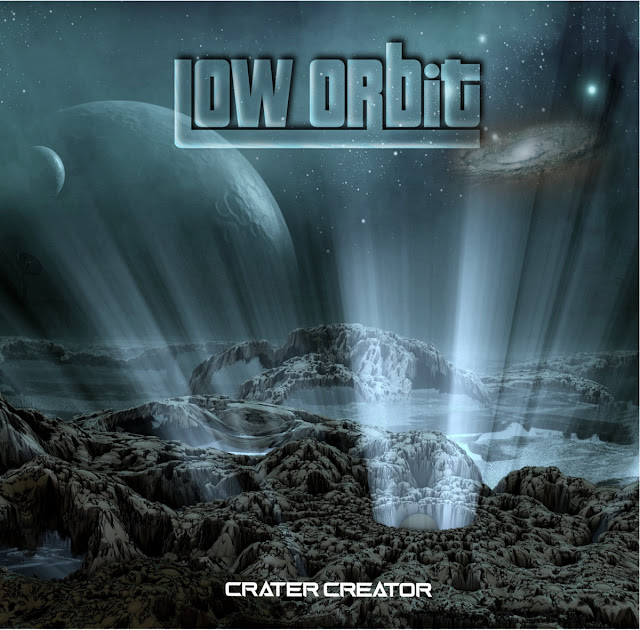 Title track "Crater Creator" opens the proceedings and is an assault on the senses from its first note to its last, the songs crunching, chugging guitar refrains, swirling gnarly toned solos, low thrumming bass lines and tight pummelling percussion are accompanied by a perfectly pitched vocal that is both clean and powerful and possess a crystal clear clarity not usually associated with music of this genre. "Tardis" follows and opens with a short narrative on the origin of God and the Universe before exploding into an angular doomic groove underpinned by some incredible drumming and decorated in a slightly more aggressive vocal. "Sea of See" finds Low Orbit mixing things up with swampy sludginess, dank doomic bluster and heavy metal thunder all getting a starring role in this full on sonic maelstrom of groove while "Empty Space" sees the band revisiting the more spaced out stoner rock of their previous releases only with a bigger, thicker and more in your face dynamic. Next up is "Monocle" and if you ever wondered what American late 60's/early 70's heavy rock legends Mountain might have sounded like if they had been brought up on a diet of sci-fi novels and  Kyuss albums then this is it, "more cowbell please". "Wormhole" goes for the jugular with Sabbathian flavoured proto-doomic refrains pushed to the fore over which an ear-catching vocal melody holds sway but then briefly deviates into lysergic territory before just as quickly returning to its initial groove. Final song "Timelord" puts all Low Orbit's eggs in one basket, condensing all that has gone before into one face-melting explosion of groove that'll blow your mind at the same time as it blows your speakers. 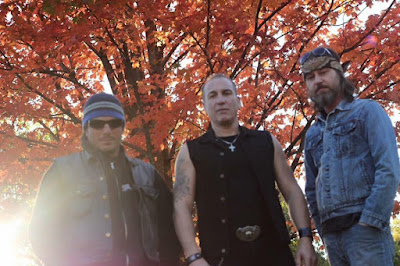 How Low Orbit will top this incredible album is a question only time and the band will have the answers to but for now just bathe in the gloriously gnarly spaced-out doomic splendour of "Crater Creator" and pray to the gods  that the bands next release is as "essential" as this one is.
Check it out ....
© 2021 Frazer Jones
Posted by Desert Psychlist at 08:41