Sleaziness is not something you usually associate with doom metal, horror the occult and Satanism are all a given but sleaze not so much. Maryland's The Crow's Eye however are the exception, here are a band who are wholly adept at laying down dank dark grooves of a proto-doomic nature but are just as adept at bringing to the altars of doom elements of inner-city griminess and urban commentary, elements that run rife through all of the eight songs that make up their self titled debut "The Crow's Eye" 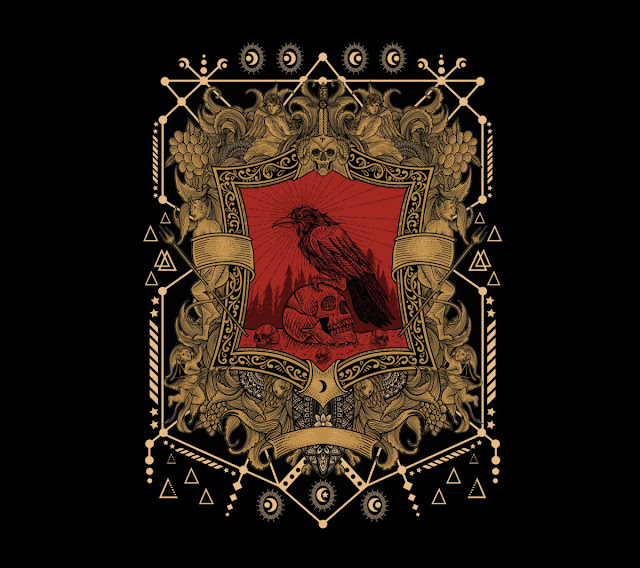 "Don't look into the eyes of a crow, (it'll) steal your soul" is the advice given on first track out of the bag "The Eyes of a Crow" these sage words imparted to the listener in a heavily filtered vocal over a backdrop of Zeppelin-esque bluesy doomic groove awash with warm grainy fuzz. Lyrically the song has all the attributes you would expect from something pitched within the doom canon, mention of Lovecraftian like "sacred groves" and "days of old", but are then offset with warnings about telling children "not to play out in the road" a line that has the effect of placing the songs imagery in a more urban scenario. Next track "All Is Pain" is a heady piece that begins life in the fast lane then morphs into trippy heavy psych and would probably float away into the turquoise skies if it were not for the equally exquisite bass line that keeps it anchored to the ground while "Dying In The USA" borrows a riff from Sabbath's "War Pigs" before going off on a tangent into lysergic waters and playfully bastardizing Bruce Springsteen's chorus from "Born In The USA" for the now generation. "Crawl A Little Closer" is a powerful tome that scores high on the sleazeometer, its bluesy guitar motifs screech and scream over and around a filthy stonerized blues groove while the singer tells of "dying everyday" and "crying tears of acid rain" in a voice racked with mournful gravitas. "Die Alone" follows next its full on angular attack is driven hard by some incredibly busy drumming and is decorated in a heavily filtered and gloriously hazy vocal. "Reap The Whirlwind", and its follow up "Awaken The Beast" are both steeped in heavy bluesiness with the former having a more traditional feel and the latter leaning towards a more stonerized dynamic. Final song "I Got A Bad Reputation" finds The Crow's Eye bowing out on a slow blues bereft of the filtered vocal effects and trippy lysergic doomic dynamics, that have up until now been their signature, and instead playing it straight and in doing so showing that beneath all their vocal effects and fuzz pedals they are also a very credible classic rock band. 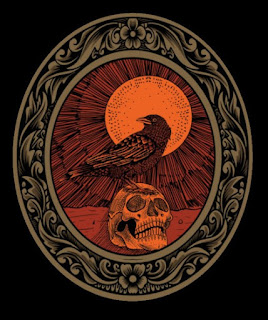 Sleazy, off kilter bluesy doom heavily tinted with elements of lysergic colouring is what The Crow's Eye bring to the table with their debut album, their version of doom has a modernistic urban slant that takes doom out of the unconsecrated cemetery's and altars that have been its home for so long and places it slap back in the streets where we live.
Check 'em out .....
© 2021 Frazer Jones
Posted by Desert Psychlist at 03:55