Black Solstice guitarist Anders Martinsgård is an awful tease, long before Black Solstice were officially "a band" Anders would drop little video snippets on social media sites of what he was working on with (what was then) an unnamed band, wickedly whetting our appetites with promises of grooves yet to come. This was not a new phenomenon for Anders as he would often do the same when he was with his previous band Ponamero Sundown, sending to Hard Rock Revolution, an online forum Desert Psychlist was a part of, teasers for upcoming releases by the band. The best thing about Mr Martinsgård's little game was that whatever he promised he always delivered on and nothing has changed in that respect, That unnamed band we saw working on songs has now become a fully fledged unit with Anders holding down guitar duties joined by his old Ponamero Sundown bandmate Peter Eklund on drums, Lelle B Falheim on bass and Magnus Lindmark on guitar and vocals, and those riffs and licks that the band were trying to flesh out have become songs in their own right and now grace the bands debut album "Ember" ( Cd; Ozium Records, Vinyl; Majestic Mountain Records) 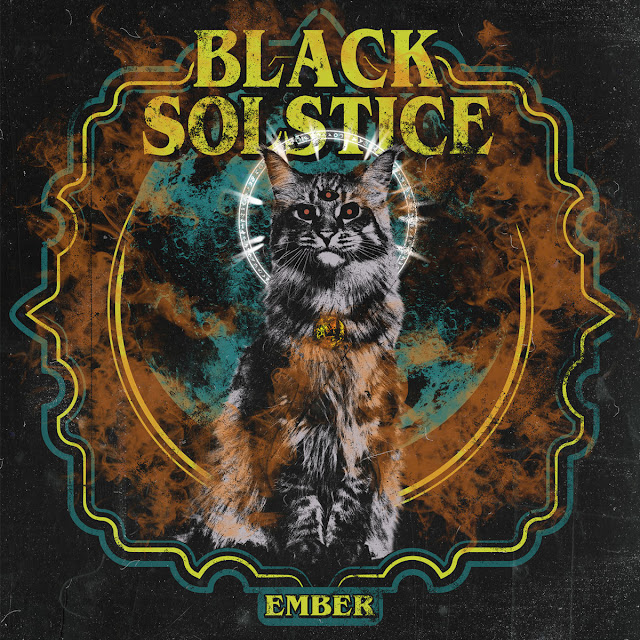 "Ember" opens with "Intervention" a brief instrumental that begins life on a wave of screaming feedback segues into a circular groove driven by tribal -like percussion and then finishes the way it started, its a strange introduction but it does set the scene for "Firespawn" a song that boasts a similar circular refrain.as its fall-back, we say fall back because that refrain is the only constant in a groove that never stays still with Martinsgård and Lindmark riffing and soloing sometimes in unison, sometimes in competition while drummer Ekland and  bassist Falheim test them with a diverse array of rhythmic meters and tempos. Lindmark also handles vocal duties his voice possessing an unusual clean weary tone that although not powerful, in a rock god sense, nonetheless sits comfortably on the ears. Title track "Ember" is a next and has a groove that sits somewhere between old school heavy metal and the type of hard rock that was the territory of bands like Thin Lizzy and UFO. "Calls From The Deamons" follows and although boasting doomic flavoured lyrical content the song rolls nicely along on a strident heavy rock groove, something that is continued on "Signs of Wisdom" only here the band stagger the pace with some nice shifts in tempo while, despite its reference to  a Flying V, also throwing in the occasional Iommi type guitar lick and while we are talking Iommi it has to be said that the following hazy trippy instrumental "Celestial Convoy" is not too far removed from Black Sabbath's "Planet Caravan" in both name and feel. "Part Of Me" and ""Sweet Misery" both follow a hard 'n' heavy rock blueprint and both are full of crunching riffs and hard riven rhythms with the latter standing out just that bit prouder than the former due to the flow and lilt of its vocal melody. Penultimate track  "Burned By The Sun" is a superb mid tempo rocker that unashamedly borrows, plunders and steals from every 70's and 80's rock band you have ever laid your riff beaten ears on, as well as a few you may not have, yet still manages to sound fresh and original. "If We Fall" closes the album and begins life with a crescendo of thunderous riffery then melts into a laid back doomic lament that has the feel of something Candlemass or Solitude Aeturnus might have attempted back in the day, however that only tells half the story as around the mid-song mark the band ascend into a chugging, almost proto-metal refrain with the vocals following a similar path before a searing guitar solo signals the grooves descent back into mellower waters. 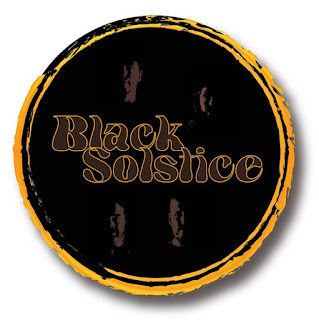 If you were forced to stick a label on what Black Solstice bring to the table with "Ember" it would have to be "hard rock", the dynamics that the band employ throughout the the ten songs that make up this debut are far closer to hard or heavy rock than they are the stoner rock they will undoubtedly and wrongly get tagged with, maybe not so much the early 70's model of hard rock but most certainly its later 70's/80's model, and that can never be a bad thing in our book.
Check it out .....
© 2021 Frazer Jones
Posted by Desert Psychlist at 09:03