It could be argued that "doom" as a genre would not have existed if hadn't been for Black Sabbath's decision to explore a darker more heavier dynamic with the iconic song that they took their name from. Whether you agree with that opinion or not it cannot be denied that "doom" has, over the years, evolved into something so much more than a few slowed down rock riffs and a collection of horror movie inspired lyrical themes, the genre has taken a myriad of twists and turns since bands like Pentagram and Candlemass first picked up Sabbath's gore splattered sceptre and ran with it.. These days "doom" is a many headed beast that has begat sub-genres ranging from "traditional doom" to "death doom" with each sub-genre seemingly birthing its own  variety of sub-sub- genres. Today however we are discussing one brand of "doom" in particular, a brand the band who play it like to call "cosmic doom metal". The band in question hail from Wellington, New Zealand and go by the name Planet of the Dead, the band have just  recently released their debut opus "Fear of a Dead Planet" on an unsuspecting public so let's see how "cosmic" this band really are. 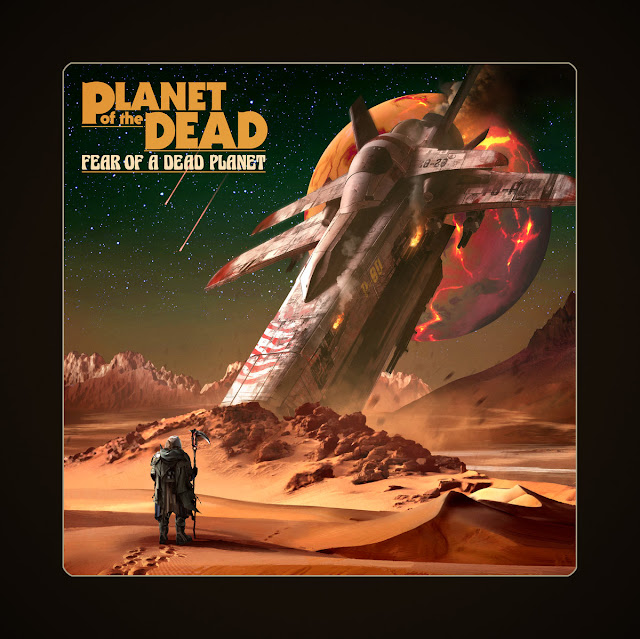 Things get off to a nicely "cosmic" start with first song "The Eternal Void" its electronic effects drenched intro slowly making way for a huge down tuned bass and guitar riff pushed into overdrive by a maelstrom of powerful, punishing percussion. Loud and heavy seems to be the order of the day as the track shifts through a series of big sounding refrains, delivered at a mid-tempo pace, but things get even louder and heavier with the introduction of Mark Mundell's vocals. Mundell has a huge bear-like guttural growl, as a well as an impressive clean gritty tone, that despite occasional slips into harshness possesses a pleasing clarity, his vocals are big, bold and powerful and a force in their own right but then, given the devastatingly loud and raucous doomic grooves Malcom McKenzie (guitar), Kees Hengst (bass) and Dion Harris (drums) surround his voice with, they have to be. Planet of the Dead draw their inspiration from science fiction and classic horror so it's not surprising that much of the bands grooves have a lumbering, bestial quality but unlike many of their contemporaries, who plough a similar sludge/doom furrow, they never let their grooves slip into the realms of dirge -like relentlessness the band constantly varying their musical attack so as not to go down cul-de'sac's they might not escape from. From the already mentioned "The Eternal Void" via the raging "Nashwan", through the crushing "Walk the Earth", to the Sabbathesque "Snake Wizard"  not one of "Fear of a Dead Planet's" songs could be considered as filler or a makeweight, each song earns its place on the album due to its musicality and intelligent lyricism and each is a masterclass in how to be heavy without being leaden. 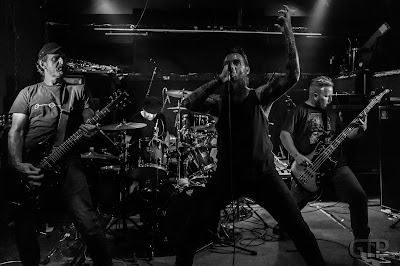 Desert Psychlist is not 100% convinced of Planet of the Dead's claims to be "cosmic" but what we can certainly agree on is that their doom metal credentials are well beyond reproach. "Fear of a Dead Planet" is a superb debut that should appeal to heavy music fans from right across the metal spectrum and quite a few sitting  on the fringes too.
Check it out …..