There have been quite a few bands over the last few years that have tried to capture that authentic hard rock/metal sound of the mid to late 70's, some have been successful, some have failed miserably, Many of those bands have tended to go down the Sabbath route, a few have dallied with the heavy blues that propelled Led Zeppelin towards rock-god status but not too many have tried to emulate the unique hard rock swagger and drive of Deep Purple.
Shadow Witch, a four piece band from Kingston, NY, do not try to cut and paste from Deep Purple's hard rock blueprint but even so the bands soulful heavy rock grooves, packed with old school values like swing and melody, do bear an uncanny resemblance to those that were once explored by Deep Purple's Mk III line up , something their third  album "Under the Shadow of a Witch" (Argonauta Records) more than testifies to. 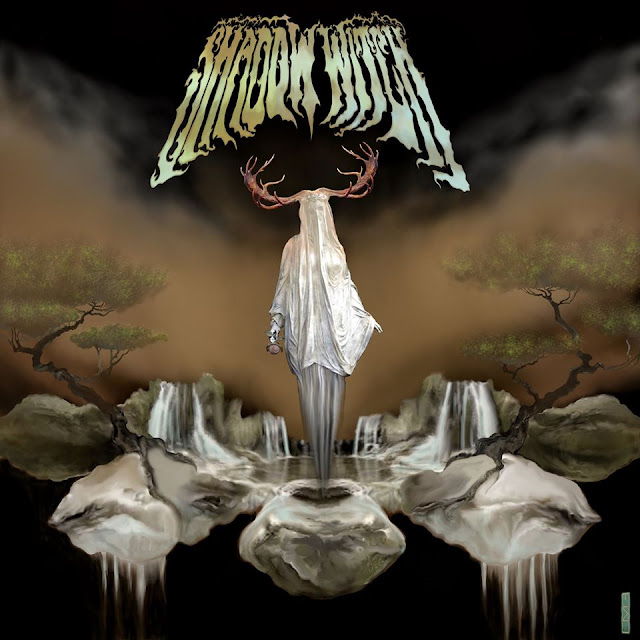 It would be unfair to say Shadow Witch go out of their way to capture that elusive Purple sound but they do, whether intentionally or not, carry an "essence" of the UK rock giants in their sonic attack and musical make up as well as the occasional "whiff "of, Purple offshoots, Whitesnake and Rainbow. What we are talking here is big meaty grooves decorated with blistering guitar solo's and the odd wash of orchestral mellotron fronted by the type of vocals that you, sadly, just don't hear in this day an age anymore. Earl Walker Lundy's vocals would not sound too far out of place fronting any of the bands already mentioned, his vocals are soulful, full bodied and strong as well as possessing an earthiness that many vocalist would trade their right arms for. However one man does not make a band and Lundy has surrounded himself with some top notch musicians, guitarist Jeremy Hall brings both technical virtuosity and feel to songs like "Demon's Hook" and "Witches of Aendor", his thick toned riffs and scorching lead work proving the perfect foil for Lundy's impassioned wailings, while bassist David Pannullo and drummer Doug Beans (who has since been replaced by Justin Zipperle) provide a rhythmic backdrop that swaggers and struts one minute and is laid back and loose the next , the pair framing Lundy and Hall's more flamboyant contributions with an array of groove that needs to be heard to be believed. Desert Psychlist has read terms like "grunge metal", "stoner" and "stoner metal" as descriptions for what Shadow Witch bring to the table on "Under the Shadow of a Witch", what we are hearing however is a style of hard/heavy rock that those of a certain age thought they might not hear again outside of their dog-eared 70's record collections. As Pete Townshend once wrote "rock is dead they say, LONG LIVE ROCK" 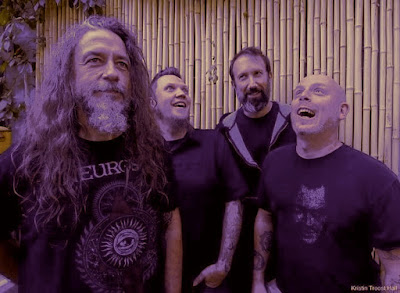 Desert Psychlist has avoided going into an in depth, track by track, breakdown of the songs on "Under the Shadow of a Witch", or delved into its conceptual themes of caution and love, the reason being we feel that this is an album that should be enjoyed from start to finish without any preconceived notions of what you, the listener, might be about to hear. What we will say though is from the moment the needle/laser drops and the raucous "Spearfinger" explodes out of your speakers/headphones you will not want to do anything else BUT listen!
Check it out ….