Cleveland, Ohio's Frayle are not your average doom band , in fact they are not an average band full stop! Frayle began life as a duo, the brainchild of vocalist Gwyn Strang and guitarist Sean Bilovecky but have since transformed into a fully fledged band with the additions of Eric Mzik (bass), Pat Ginley (drums) and Elliot Rosen (rhythm guitar). The band have just released the follow up to their widely acclaimed "The White Witch EP", their first full length album entitled "1692"(Aqualamb-Digital, Lay Bare Recordings -Vinyl) 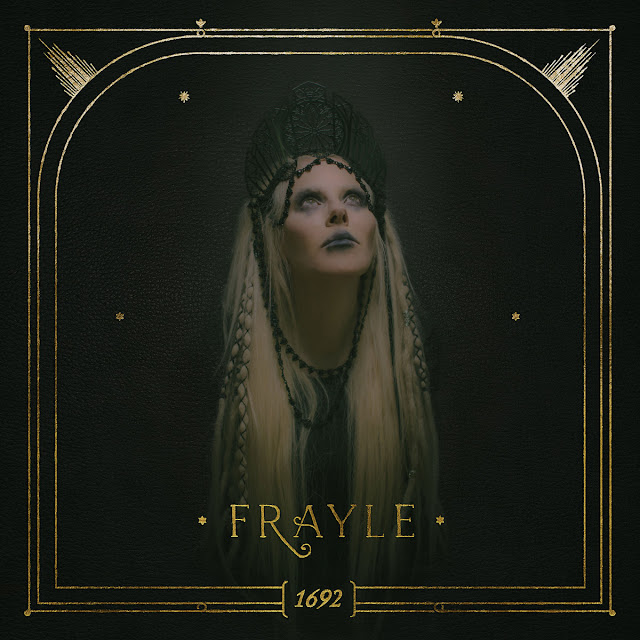 Frayle call their approach to songwriting as "lullabies over chaos", and although somewhat of a simplification of the sound they create it is an analogy that is actually quite accurate The "lullaby" part of that statement is provided by Strang, her somewhat fragile elfin-like vocals not so much punching their way through the dark doomic grooves that they are surrounded by but more floating above those grooves like mist over water. The "chaos" comes curtesy of Bilovecky's crunching riffs and dark sombre solo's that, along with the immense rhythmic contributions from Mzik, Rosen and Ginley, offset Strang's nursery rhyme(ish) vocal melodies with a dank, dark doomic dynamic that on paper shouldn't work but in reality actually does. Frayle's sound is a hard one to describe accurately but if the push came to the shove then I guess Desert Psychlist would describe the grooves we are hearing on "1692" as sitting somewhere between the riff heavy symphonics of Mammoth Weed Wizard Bastard and the occult rock of Holland's The Devil's Blood, not quite sounding like either yet having elements of the formers mix of sweetness and bluster and an essence of the latter's brooding menace. 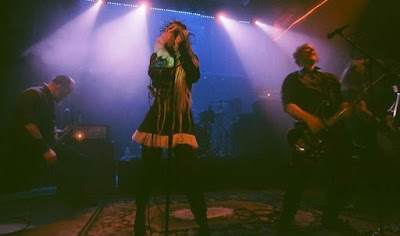 Ethereal and fey yet at the same time dark and brooding Frayle's "1692" is an album full of  contradictions yet one that ultimately works because of those contradictions.
Check it out ….