Oklahoma's Ranbows Are Free are a strange beast but one well wort investing a little time in getting to know. The bands sound is a heady blend of heavy stoner rock and space tinted psych that although might sound a tad normal and par for the course in todays current underground scene is nothing of the such. Desert Psychlist can guarantee you that there is nothing straightforward or run of the mill about what this band bring to the table with their heady mix of theatrics and eclectic grooviness but don't take our word for it, do yourselves a favour and just give their latest opus "Head Pains" (Argonauta Records-CD/Digital and Horton Records - Vinyl) a spin for confirmation. 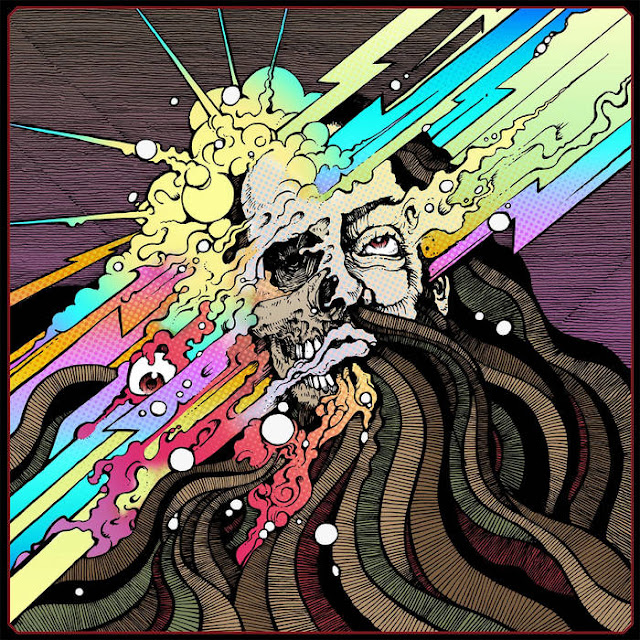 There is a gothic edge to some of the grooves on "Head Pains" that harks back to that post punk era of the UK music scene, a time that saw the emergence of bands like Bauhaus, Sisters of Mercy and The Southern Death Cult (who later shortened their name and leapt into the classic rock arena as The Cult) flying their colours under the banner of Goth Rock. This edge comes not from a musical perspective but from a vocal one and the fact that vocalist Brandon Kistler, when singing in the lower register, channels a croon that blends shades of  Bauhaus' Pete Murphy's baritone delivery with that of The Cult's Ian Astbury as well as a little hint of Jim Morrison and Nick Cave too. Musically the band jam high calibre grooves gathered from the full spectrum of western rock music with Floydian heavy psych, Sabbathesque proto-doom and even a little baroque-like acoustic picking getting thrown in to the mix. It is this diversity that makes "Head Pains" such a joy to listen to, the band having no specific signature sound and seemingly just going with what feels right to them at the time, something that results in a delightful mish mash of styles and genres that totally defies categorisation. 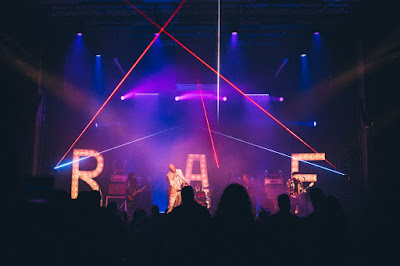 Rainbows Are Free have, with "Head Pains", crafted an album that is somewhat like an English stew or a New Orleans gumbo, the band throwing everything that has ever moved or influenced them into one big pot and stirring it all together to make something totally unique, mouthwatering and extremely tasty.
Check it out ….