AROUND THE FIRE ~ ADVENT OF THE FIREWALKERS ...... review

If you have been a regular visitor to the pages of Desert Psychlist then it might have come to your notice that we have a bit of a predilection for music that is a little off the beaten track, music with jagged edges that doesn't quite conform to what many consider the norm. Today we feature a band who fall into that category, a combo from Thessaloniki, Greece whose grooves blend Asian and Middle Eastern influences in with those from their home country while also managing to rock out western style.. The band in question go by the name of Around The Fire and their debut album flies under the banner of "Advent of the Firewalkers" 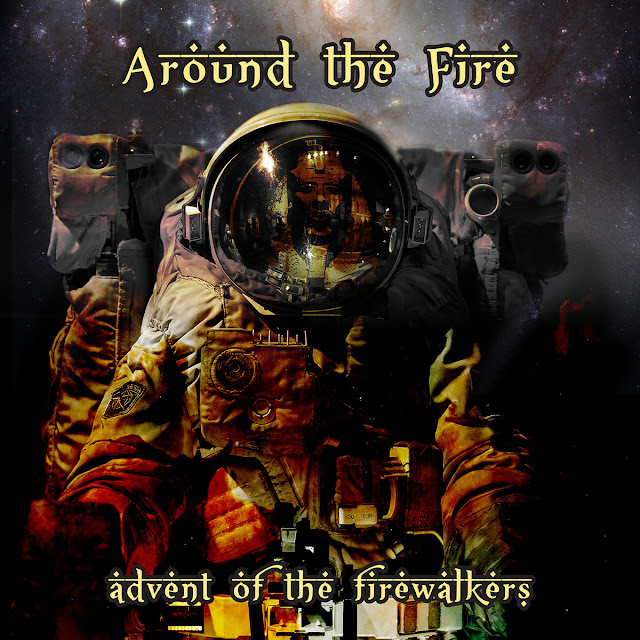 After bigging up Around The Fire's Middle Eastern/Asian influences it comes as a bit of a surprise when the needle drops on first track "Helie Eleison" and we are treated to a vocal chant that sounds not unlike something that might be heard at some Native American rain dance, the band redeem themselves somewhat though by surrounding the songs tribal drumbeats and crunching guitars with swirling eastern tinted motifs superbly delivered on a kemenje (a type of fiddle with three strings used predominantly in Eastern Mediterranean folk music). Vocals, both here and throughout the album, are delivered in clear tones but mostly sit at the low throatier end of the spectrum, this vocal approach far from being at odds with the albums underlying eastern themes and motifs actually adds a certain gravitas to proceedings and gives the album an almost ritualistic, spiritual vibe. Only four songs are contained on "Advent of the Firewalkers", all of them are a mix of westernized heavy doom, stoner rock and traditional flavoured Middle Eastern/Grecian grooviness and each, in Desert Psychlist's humble opinion, is worth its weight in gold, frankincense and mer. 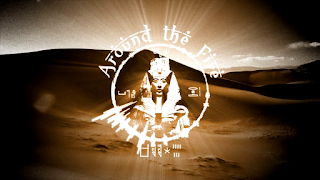 Quirky, left of center and off the wall "Advent of the Firewalkers" is all of those things and more, an album from a band not just content to take their influences from the vast library of western rock but also from their own geographical location and history.
Check it out …..