Portugal is not a country that we tend to mention too much when talking about the underground rock scene on an international level, but the Mediterranean country, clinging on at the western borders of Spain, is not without its share of very good bands happily flying the underground flag. Dollar Llama, and more recently, Heavy Cross of Flowers have both made sizable splashes on the international scene and there are many more waiting in the wings hoping for their chance to shine. One Portuguese band hoping for their moment in the spotlight are a little combo from Lisbon going by the name of Desert Smoke. Desert Smoke, André Pedroso Rocha on guitar, João Romao on guitar, João Nogueira on bass and Claudio 'Pidgeon' Aurélio on drums, jam grooves that weave together elements of swirling space rock and lysergic laced heavy psych to create a sound that takes the listener to places they didn't know they could go to, so why not grab a bag and the bands new album "Karakum" and allow Desert Smoke to take you with them on a one way trip to instrumental heaven. 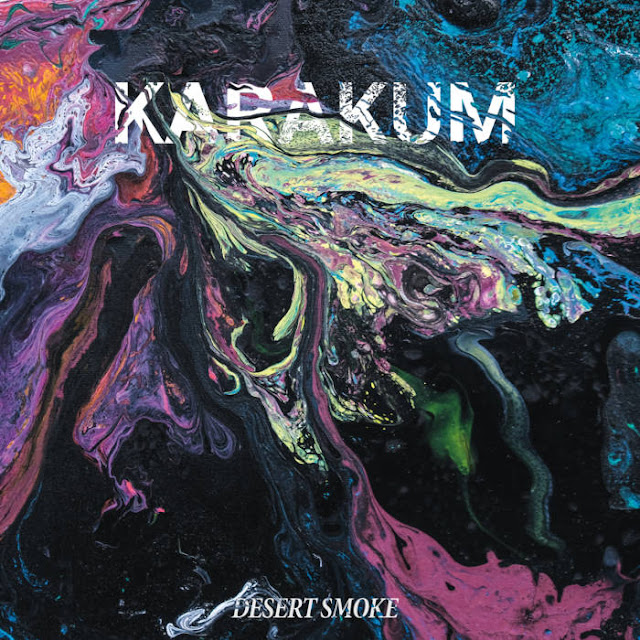 Without doubt the first thing that will come to mind, as intro "Smoke One" billows out of your speakers/headphones on a wave of swirling swooping sound effects, will be Hawkwind but although there are plenty of Hawkwind-esque moments on "Karakum" it cannot be said that Desert Smoke are in anyway attempting to emulate those space rock grooves of yesteryear. Desert Smoke's grooves come from a much deeper, heavier and trippier place than those of Dave Brock's space cowboys something that following track "Darvaz" more than testifies too."Darvaz" erupts out of the speakers with muscular riffs fuzzed and crunching then proceeds to go everywhere all at once with the two guitarists laying down a scorching array of screaming, screeching solo's, expertly steered from beneath by some outstanding deep growling bass work and industrious thundering percussion. "Solar Jam" follows and begins with chilled and hazy sounding guitar tones floating over shimmering percussion and deep liquid bass lines, the song slowly building in momentum until taking off into the cosmos on wave after wave of lysergic laced guitar pyrotechnics, the band gradually easing off the throttle and bringing the listener back to earth by reverting once again to the humble relaxed fusion groove of its beginnings. "Mystic Lunar" opens with a superbly executed circular bass motif that is then joined by the guitars and drums in a groove that is part desert rock, part Ozric Tentacles style progressive rave rock and 100% breathtaking instrumental grooviness.. Desert Smoke close out the album with "Gate of Karakum" a scintillating heady tour-de-force that ebbs and flows between hazy ambience and full on lysergic heaviness. 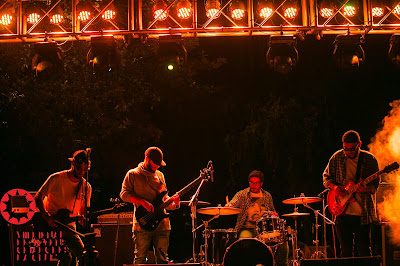 Desert Psychlist hates using that tired old cliché "journey" when describing music but its damn hard to think of another word when trying to put into words the experience of listening to Desert Smoke's "Karakum", it is without a doubt "a journey" and it is one you will want to revisit again and again.
Check it out ….