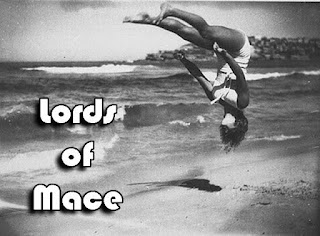 Once upon a time in America a group of  long haired musicians who had a love of jazz, blues, soul and country music decided to form a band that would put all their musical influences together in one place, that band went by the  name of The Allman Brothers Band and the music they made, although they never acknowledged the term themselves, became known as "Southern Rock". Although mainly associated with the southern states of the USA, the southern sound was soon adopted throughout the world, rearing it's rebel head in places as far away as Australia and New Zealand as well as in large swathes of Europe. The "southern rock" genre was not just copied though it was also hybridised with other rock forms, "metal" particularly benefited from this injection of pork, rice and beans especially within the stoner and sludge sub-genres as you will discover when listening to this next band......
Lords of Mace hail from Winston-Salem, North Carolina, and salt their particular brand of southern fried boogie with a touch of  doomy sludge and gritty stoner. The quintet of  Mike Blankenship - Bass, Michael Bright - Vocals, Jason Myers - Guitar, Vocals, Bobby Roberts - Drums and Matt Smith - Guitar, Vocals have just released a five track debut EP via Bandcamp. 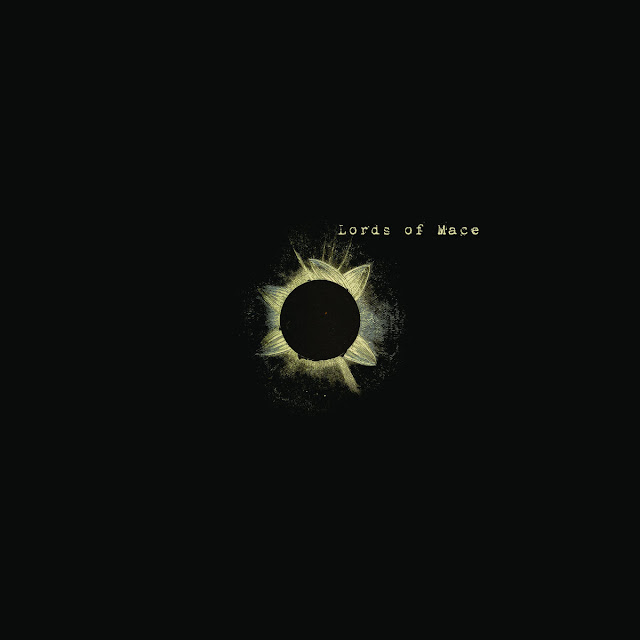 "Homeward Angel" wastes no time in establishing its "southern" credentials, bursting from the speakers with a red hot stuttering and fuzzed to the max riff full of catchy hooks, addictive licks and strutting a ton of bluesy swagger. Michael Bright delivers slightly clichéd but highly enjoyable  lyrics about "Calling me the Breeze" with throaty dark whiskey ravaged tones over solid swinging rhythms.
"Better Off" slows the pace down with the band locking into a fuzz laden doom-lite groove. The songs Sabbathian vibe sees Myers and Smith laying down Iommi type powerchords around Bright's, ever so un-Ozzy, raw throaty gargled vocal while Blankenship's bass holds down the bottom end locking in tight with Roberts solid unfussy drumming.

,"Cherokee Casino" raises the temperature somewhat by employing an infectious rolling riff that just burrows its way into your memory and stays there and is further enhanced by some seriously good psyched out guitar parts. Blackenship is a dominant force throughout, his heavily distorted bass tone anchoring the groove and giving the other musicians and the vocalist a massive hook to hang their performances on.
"Rain" erupts into life with a swamp thick sludge groove over which Bright roars like a bear with a toothache, filling the songs verses with  gnarly, grizzled menace then delivering the infectious sing-a-long chorus like a lay preacher from his pulpit. Around this vocal tour de force the guitars lay down slabs of molten fuzz and scorching solos all backed up by a whirlwind of rhythmic pulses.
"The Race" closes the EP with a deliciously seductive southern flecked and stonerized blues shuffle. Bright employs a slightly less abrasive tone  here over a groove that sees the two guitarists trading off, the two guitar tones at odds yet perfectly complimenting each other as they take it to the final note. 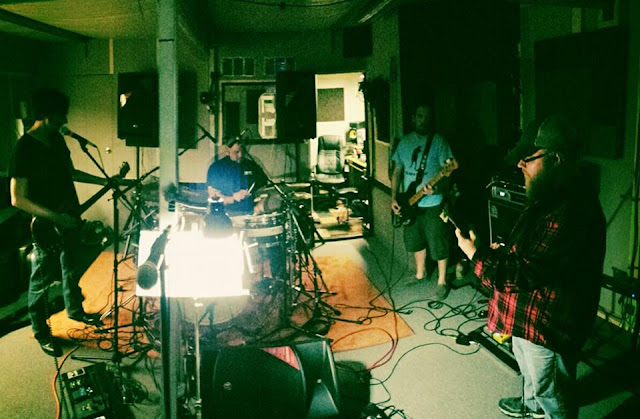 Lords of Mace have, with this their debut EP, created a sound that takes a little grainy desert/stoner grit stirs in a little southern fried blues and seasons with a large pinch of doom and metal resulting in a dish that should appeal to fans from all areas of the metal/rock underground.
Check 'em out...

Posted by Desert Psychlist at 00:08