THROUGH THE STONE ~ S/T Album....review. 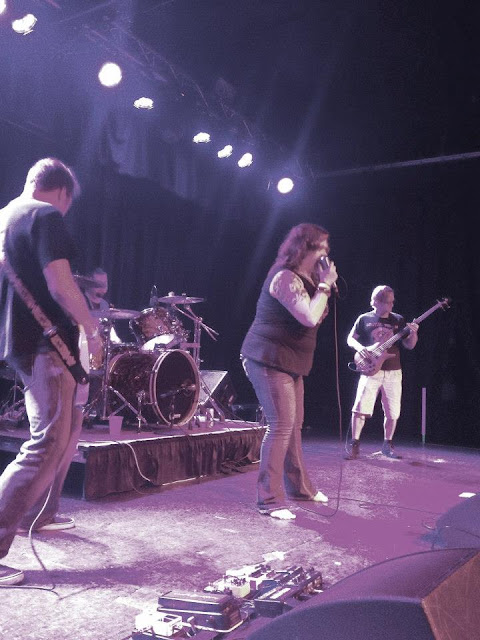 Another day and another female fronted band!
Through The Stone are a hot new band hailing from Nebraska and made up of four members... Kate Prokop (vocals), Tanner Ashland (guitar), Toby Wandel (bass) and Wes Graffius (drums). The band have been around in one form or another since 2007 and this year the band entered into the studio and emerged with nine songs of incendiary heavy rock mixed with elements of metal. blues, stoner and psych. 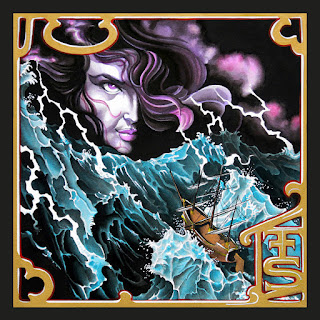 Through The Stone (the album) begins with a short seventeen second burst of controlled feedback before exploding into first track proper "Blind Psyche" a storming blend of old school hard rock and bluesy stoner propelled by stunning ballsy vocals and steered by thunderous rhythms and riffs.
This mix of genres is repeated throughout the albums nine tracks with Prokop's voice supplying a myriad of differing tones and dynamics over the top of a smorgasbord of metal and rock grooves ably metered out by the trio of Ashland, Wandel and Graffius, the guitarist delivering riffs and solos of superb quality and the bassist and drummer supplying an endless stream of  solid beats and pulses. A strong NWOHM vibe runs through this album especially on tracks like "Junkie" and "Blood For Crowns" with their galloping bass lines and musical complexity but tracks like "Decisions, Decisions" and "Buried" show the band can mix it up if they need to. The former is a hard rock blues-rock romp that sees Ashland juggling a little neo-classical shred with pentatonic blues in his solos and the latter an almost epic doom torch song that sees Prokop give a vocal performance that is beyond belief, her voice powerful and strong one minute, delicate and fragile the next.
The album finishes with a folk ballad "Lullaby" a solo vocal from Prokop, that although at odds with the sonic bluster of the rest of the album shows that this band are not just about the riff!
If you can imagine Iron Maiden fronted by a singer with the bluesy power of Janis Joplin blended with the folky finesse of Sandy Denny and you like what your hearing then you gotta check out Through The Stone!

Posted by Desert Psychlist at 17:21