The beauty of the "underground" scene is it's globalization, the internet has given the rock listener unlimited access to music from all over the world via sites like Bandcamp, I-tunes, Spotify etc. meaning we are no longer just restricted to what the big hitters are releasing in the USA and  the UK. These days you are just as likely to be grooving along to something from the Far East as you are from the America's and thanks to this breaking down of the international musical borders I am now listening to an album from a Slovakian band called Lysette! 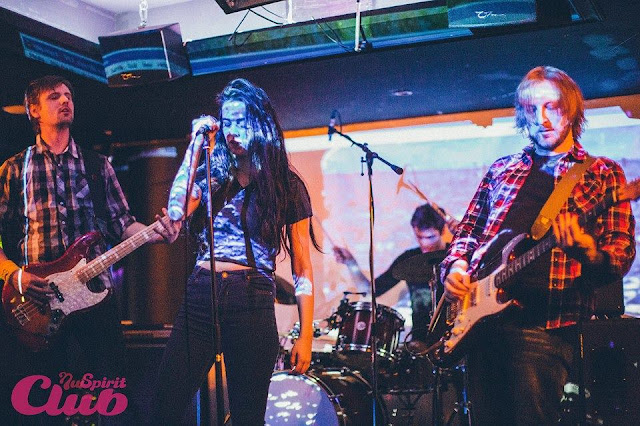 Lysette hail from Bratislava, Slovakia and are a quartet comprising of Roman Barkovci (guitar/voclas), Veronika Procklová (vocals), Igor Kuličenko (bass) and Thom Corbeaux (drums) who specialise in doom/occult grooves spliced with elements of grunge and sludge/stoner grit all of which can be heard on the bands self titled album "Lysette". 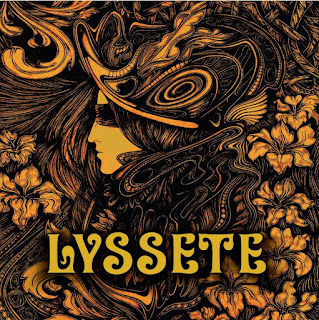 The album begins with a short intro cleverly titled "Intro" a bass heavy sludge workout that then segues into second track " Torn"
"Torn" introduces the voice of Veronika Procklová for the first time, her slightly accented delivery a sweet contrast against the hornets nest stirred up by the band behind her. Barkovci joins her vocally for the second half of the song his clean voice harmonising behind Procklová at first but going full sludge roar for the songs darker last quarter, the contrast between the two voices giving the song a nice feeling of light and shade,
"The House Of Low Culture" starts with a gentle guitar arpeggio over which Procklová' lays a powerful gothic tinged vocal, the song then takes an almost prog metal direction with Kuličenko and Corbeaux laying down a superb mix of rhythmic dynamics and Barkovci peppering everything with intricate, and at times, brutal riffs and licks as well as adding his mighty sludge roar to the mix.
The next three tracks "Wildfire", "Heavy, Slowly, Lonely, Mine"  and "Dirty" explore the more grunge side of the bands sound moving away from the heavy sludge aspects of the previous tunes  and instead utilising the sort of loud, quiet, loud dynamics, often used by Nirvana, but adding a little prog complexity and musicality to the grooves.
"From Outer Space To Inner Peace" is another short 1:00 instrumental that is used as bridge into the next song....
"The Rat Countess" sits very much within the "occult rock" spectrum with its catchy verses and chorus swinging back and forth over a glorious dark almost "celtic" groove that is further enhanced by some exemplary drum and bass work from Kuličenko and Corbeaux.
"Enter The Void" stays in the "occult" arena but this time adding a touch of psychedelic doominess to the already dark grooves as well as a slight folk-ish meter to the excellent vocal.
"Outro" brings the album to a close with a superb mix of stoner fuzz, doomy occult grooves and space/psych interludes, all coloured with great vocals and outstanding musicianship.

Posted by Desert Psychlist at 13:01