Northern Ireland's Baleful Creed have been strutting their brand of gritty stonerized hard rock and bluesy metal around the halls and clubs of  Belfast since their formation in 2009 going on to release three well received EP's "Killing Time" (2011), "Buried Underneath"(2012) and "III"(2013) as well as one full album (consisting of remixed, re -mastered  song from the two later EP's) simply titled "Baleful Creed".
The band, Fin Finlay (vocals / guitar), John Allen (guitar), Davy Greer (bass / vocals) and Dave Jeffers (drums) are about to release their second full length album "Seismic Shifter". 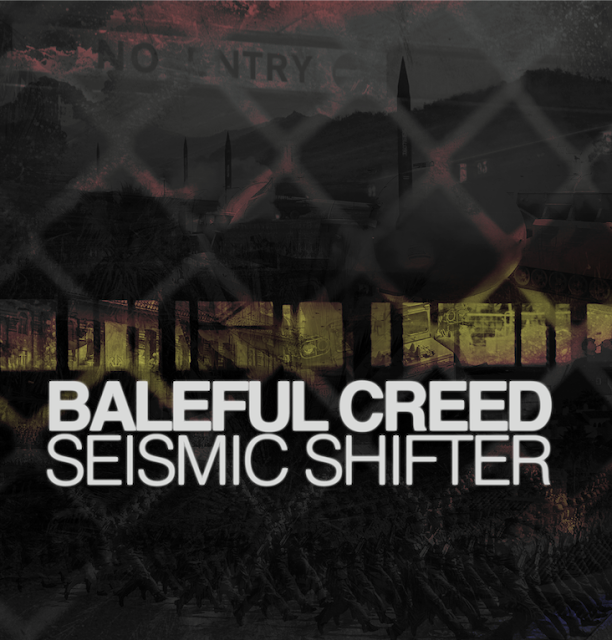 Baleful Creed state their influences as Danzig, Fireball Ministry and Black Sabbath and although elements of all three of those bands can be heard throughout "Seismic Shifter" the thing that hits you most is the bluesy undercurrent that flows beneath each and every one of the albums ten songs. From the southern rock tinted swagger of opener "Devil's Side" ,via the lascivious sexual innuendo  of  "Grind" and the groove laden bluster of "Memento Mori", with it's big grizzly bass line, to the epic closer " The Wolf", Baleful Creed coat everything in a swathe of bluesy hues.
Although "Seismic Shifter" is informed by the blues it would be wrong to call it a "blues album" nor could you class it as "blues rock" or even "heavy rock", a term that would imply there were brutish elements to be found, no what Baleful Creed bring to the table is good old fashioned "hard rock" with a strong leaning towards its stoner cousin, a sound bathed in fuzz and drenched in groove.
At the core of Baleful Creed's sound is the twin guitar attack of Finlay and Allen, the six-string duo lay down a barrage of crunching fuzz drenched riffage and soaring solo's, with the former's gritty rasp adding an extra level of stoner rock authenticity to the mix ,the pair pushed hard from beneath by Greer's luscious bass noodling's and Jeffers powerful mix of intricate and powerful percussion, the four musicians combining to create furiously addictive grooves that are not only highly enjoyable but rock so hard they could be registered on a Richter scale. 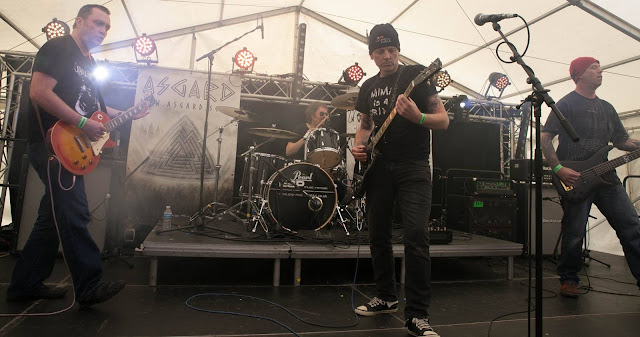 Over the years there's been some great music coming out of Northern Ireland, Gary Moore, Them, Therapy? and The Answer are just a few who have made considerable waves outside of their homeland base and if Baleful Creed play their cards right and all the planets align there's a chance they could do the same
Check 'em out ....