Two months is not a long time, eight weeks, roughly fifty six days is not enough time for some bands to even conceive an idea let alone write, record and release an album but that is exactly the time it took for French/English/Spanish conglomerate ORS to come together and create their self titled debut album "ORS" 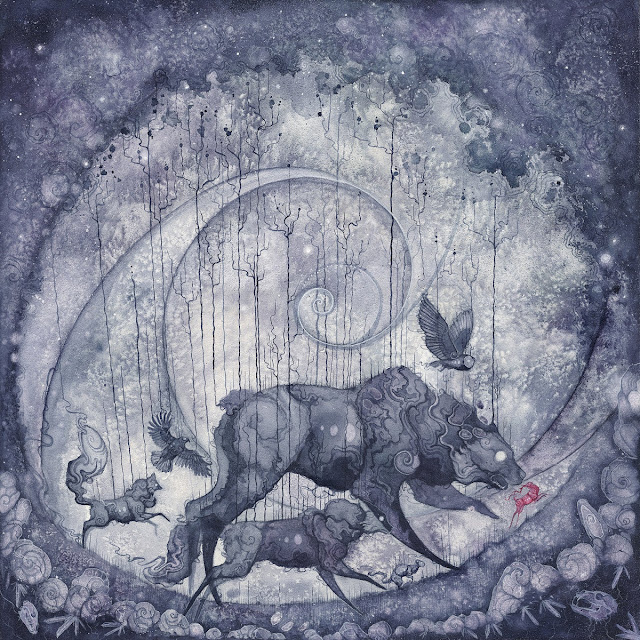 Inspired by the surrounding countryside and forests of their recording base Chancelade Abbey, in the Dordogne region of south-western France,, ORS have created a conceptual piece loosely based around the Pagan myths and legends that surround such places and the creatures that dwell within them. The albums underlying theme of mans' destruction of the natural world, seen through the eyes of its "lesser" inhabitants, colours the moods and sonic textures around songs like "Wildfire", "Wilderness" and "Kodama" and portrays in its well written lyrics the perspective from the creatures side of things . Stories of forest gods ( Cernunnos), elks (Alces) and wolves (Wolves) are superbly sang/told over intoxicating grooves of dark prog complexity, lysergic texturing and good old fashioned heavy riffage. Totally intoxicating and played at a level of skill and musical unity that belies the brevity of the bands two month existence "ORS" is an incredible album that both entertains and educates.
Check it out.....

Posted by Desert Psychlist at 08:45