Well it didn't take long for Desert Psychlist to find itself back in Australia, not surprising really considering the wealth of talent coming out of that rather large island in the South Pacific Ocean of late. 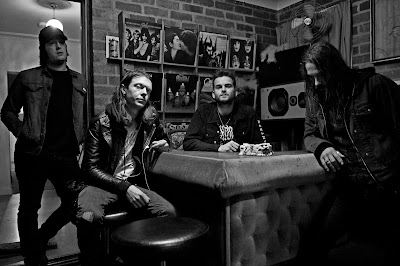 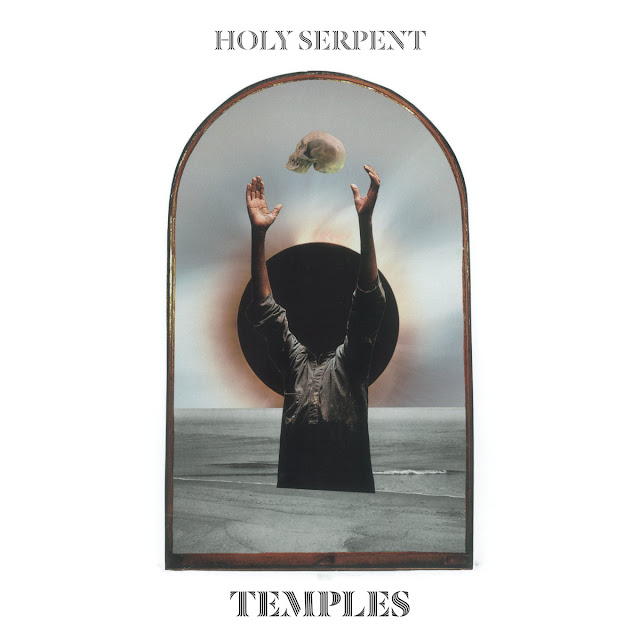 Self titled debut "Holy Serpent" saw a band jamming a groove that although rooted in the doomier end of the stoner spectrum had about it an element of psychedelic experimentation, "Temples" continues that journey into lysergic territories with five songs of down tuned, brain bending acid doom guaranteed to blow your mind to smithereens.
"Purification By Fire" kicks things off it's heavy doom drenched riff dripping with a glowering menace that is strangely amplified by its clean, mellow and reverb soaked mantra- like vocals. Heavy,dense and with a Sleep-like meter it's brooding darkness is cleverly tempered by psychedelic guitar colouring and catchy vocal melodies.
"Towards The Sands" juddering riff fluctuates in pace, one minute mid-tempo the next brutally slow and heavily distorted and is enhanced by snatches of WAH soaked solo guitar and those unique vocals mentioned earlier. The songs final quarter sees the band hitting an altogether more stoner groove populated by furious drums, scorching guitar solo's and heavy, heavy bass before dropping back into the doom for its final bars.
"Bury Me Standing" enters with  guitars riffing and screaming, bass thrumming and drums crashing, combining to create an intro that has one foot in the delta and the other deep in a decomposing corpse, the heavily blues based groove serving as the launching pad from which the band take off into the songs doom drenched main refrain. With the intro out of the way the listener finds his/herself back in a world of lurching gloominosity with the band jamming an almost, but not quite traditional/epic doom groove, shaded with touches of psych, around a powerful and deliciously clean vocal.
"Sativan Harvest" ramps the doom and gloom up a notch or two with the band hitting a slow and jarringly distorted groove textured with searing, and at times Gilmour-esque, guitar colouring. Dark atmospheric and brooding the only criticism that could be levelled towards this song is that at over eleven minutes it does seem a touch overlong..
"The Black Stone" sees Holy Serpent once again dipping their toes into the murky waters of epic doom. Soaring vocal tones, that echo like Gregorian chants around a monastery, are surrounded by a gothic groove that would not have sounded out of place on a Solitude Aeturnus album. The two guitarists paint a plethora of six-sting colouring over a canvas of titanic bass and pounding percussion, adding to the songs stoner doom palette shades of epic metal majesty and gothic metal darkness.
Holy Serpent have, with "Temples", approached doom from a whole new angle but have done so by acknowledging the music's past and amalgamating that history into their own sound and groove and by doing so re-invigorated it for today.
Check 'em out ....

Posted by Desert Psychlist at 07:22