Doom, a genre fragmented into a myriad of sub-genres.... traditional, epic, stoner, blackened and funeral are just a few of the differing styles vying for attention under its dark moody banner.
Massive,heavy, slow to mid-tempo grooves with incessant riffage are usually the norm to be found at the root of the music with often only the styling and delivery of the vocals the difference between one sub-genre and another. Using this analogy it could be argued that New York doomsters Clouds Taste Satanic should be categorised as pure doom as the band eschew the luxury of a vocalist and just concentrate on nailing down the groove. 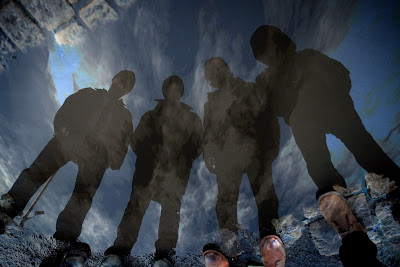 Clouds Taste Satanic first came on to Desert Psychlist's radar via their 2014 "To Sleep Beyond The Earth" album, a two track affair containing forty four minutes plus of scintillating instrumental doom. The band followed this up the following year with "Your Doom Has Come" eight songs of doom drenched jams of  shorter duration but with equal levels of dark intensity. The band have recently been in the studio recording a new album " Dawn Of The Satanic Age" due for release Sept. 27th (2016). 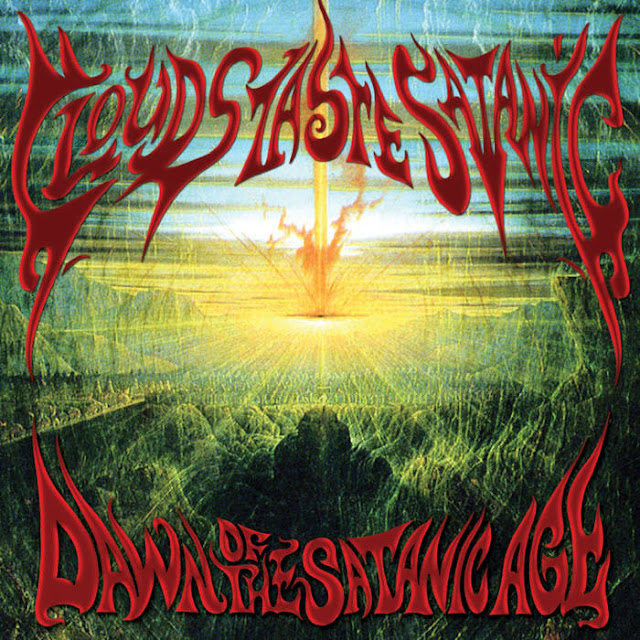 Clouds Taste Satanic, Sean Bay ( bass), Christy Davis (drums), Steven Scavuzzo (guitar) and David Weintraub (guitar), have with "Dawn Of The Satanic Age" managed to sidestep the criticisms, levelled at them by some quarters of the internet press, for the sameness of their output by adding elements of light and shade into their titanic tomes of doom. Although still as heavy as tanker carrying a shipment of mercury and as dense as a desert night "Dawn Of The Satanic Age" sees CTS allowing little rays of light come shining through the doom, Where a song like "Retribution" would of once upon a time started off dark and gloomy and then slowly got darker and gloomier the band lighten up the mood by the addition of up-tempo eastern themed prog grooves into the mix, ok its still not puppy dogs and kittens but it does break up the despair and despondency and allows the listener a breath of air before diving back into mire.  Prog-ish and post-rock elements seeps into every song on "Dawn Of The Satanic Age"  with songs like "Just Another Animal", We Die We Live" and closer "Demon Among The Stars" all carrying a musicality and maturity that was, in places,maybe a little mislaid on previous outings.  There is a rumour that CTS started out as a post-rock band and then later moved into the heavy arena burying their original sound under a wave of  doom on the way, well on the evidence of "Dawn Of The Satanic Age" those post-rock leanings were never too far away and are once again starting to surface .... and that 'aint no bad thing!
Check 'it out ....

Posted by Desert Psychlist at 08:46