Having named themselves after a mythical creature from Scandanavian folk-lore, who legend has it dwells in the mist shrouded bogs and swamps of their homeland, it is not surprising that Danish doomsters Bogwife incorporate a certain element of otherworldliness into their sonic attack, their sound having the type of dark lumbering and swampy gait you just might imagine the creature that gave them their name might also possess. The band first came to Desert Psychlist's attention via their debut "Halls of Rebirth", a sprawling collection of doomic tunes tinted with essences of heavy psych, blues and classic rock that prompted us to describe their sound as "combining radically differing dynamics in such a way that it is almost impossible to see the joins", a description that still holds water today. The band have just released "A Passage Divine", the much awaited follow up to their debut, it is an album that  incorporates all the elements that made "Halls of Rebirth" such a compelling listen but moves them up to whole new level of BADASS! 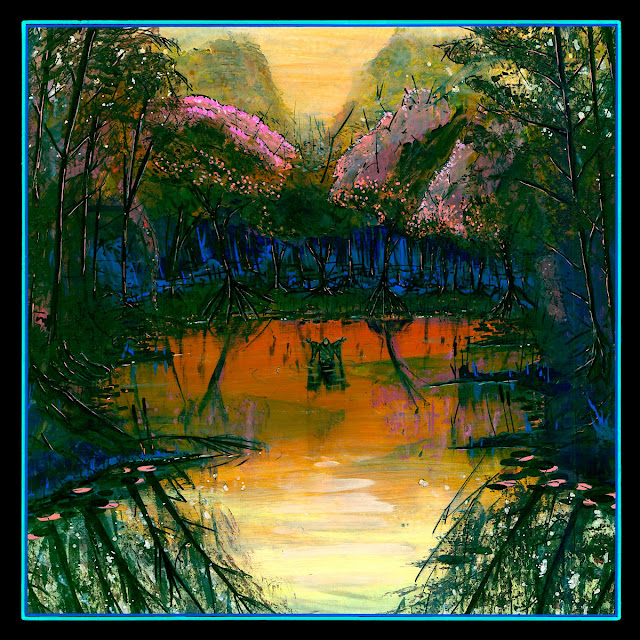 "Approach" opens "A Passage Divine" with ominous dark droning guitar effects and squeals of piercing feedback then settles into a low slow thunderous refrain supported by equally sedate but pummelling percussion over which superbly pitched clean and powerful vocals tell a spiritual tale of old religions and sacrifice. As the album slowly progresses, through songs with suitably cosmic and doomic titles like "Restoration", "Among The Trees"" and "Celestial Dawn",  it soon starts to become apparent  that the band have subtly shifted their sound towards a more danker, doomier dynamic, those swirling guitar solo's that were such a joy to hear on the bands debut still remain but the grooves surrounding those solos' are gnarlier, swampier and just that damn more darker. This doomier dynamic is helped to some extent by the new album having a far more grittier production, the guitars sound less polished and nastier, the bass sounds deeper and dirtier, the drums sound bigger and more powerful while in contrast the vocals, which were a tad buried on "Halls of Rebirth", are here pushed further forward in the mix to give the bands sound a much more balanced feel. The album closes with "Descent" a ten minute plus tome that incorporates everything that is good about this band, we are talking dark emotive guitar solos, thick reverberating riffs and powerful rhythmic grooves all topped off with a huge soaring and heartfelt vocal, this song is not just good its fucking majestic! 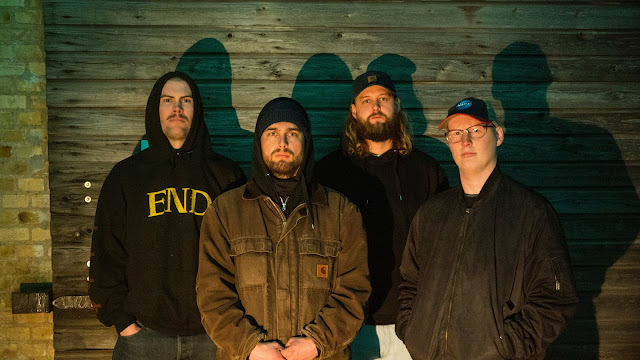 "A Passage Divine" is an album of intense, powerful and emotive heavy music that is as good, if not better, than anything that has been released this year so far, it is an album that demands not only your attention but also your respect.
Check it out .....
© 2021 Frazer Jones
Posted by Desert Psychlist at 14:05