Spanish combo Hela arguably made one of the best albums of 2017 with their highly acclaimed release "Death May Die" however triumph soon turned to disappointment when vocalist/guitarist/lyricist Mireira Porto announced she was departing from the band soon after its release. Fast forward to 2019 and Hela return to the sonic arena with a new vocalist, Ayla-Mae Coghlan, and a brand new album "Vegvisir" (Tormo Records) so let's see if dynamics have altered or directions have changed. 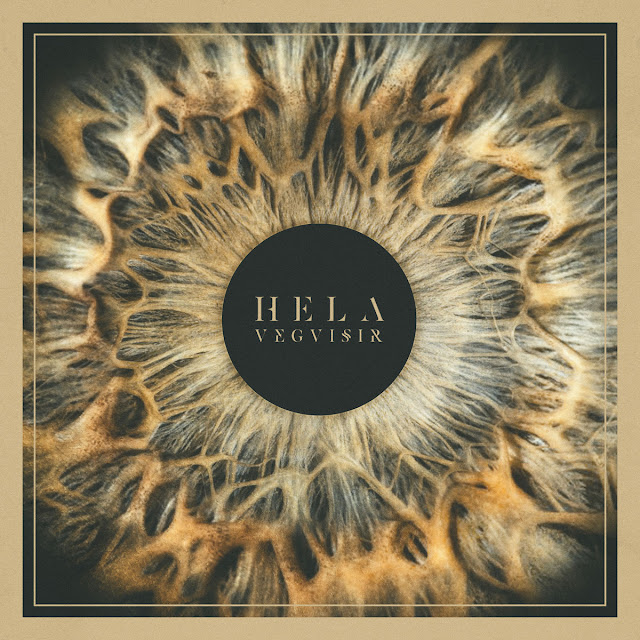 First impressions, as first song "Holy Hell" wafts from Desert Psychlist's battered speakers on a wave of dark imposing heavy doomic groove, is that not much has altered regarding Hela's sonic signature but then Ms Coughlan's vocals enter the fray and those first impressions are totally turned on their head. Coughlan brings a whole new dynamic to Hela's sound, her voice does lacks some of the gravelly edginess of her predecessors but she more than makes up for this with her smoother ethereal, almost symphonic, vocal approach. "Drowned By Myself" follows and finds the band experimenting with a little lysergic colouring and texture, Julián Velasco teasing reverberating arpeggios from his guitar over a backdrop of deep liquid bass (Tano Giménez) and solid steady percussion (Miguel Fernández) while Coughlan sings of "cold waves" and "sorrow" in haunting velvet tones. "Golden Snake" then enters and all thoughts of comparison with Hela's former vocalist are forgotten, Coughlan's smoother tones bringing a more chilled and mystic vibe to Hela's doomic tomes. Hela round up "Vegvisir" with two massive tracks the first of which, "Decaying Sky", shows off Hela's ability to create atmosphere without going overboard or reverting to tired clichés and the second, "Sleepless Nights" is a slow burning doomic lament that builds in intensity yet cleverly never quite explodes into wanton heaviness, both songs serving as a glowing testament to Hela's growing maturity as both songsmiths and musicians.. 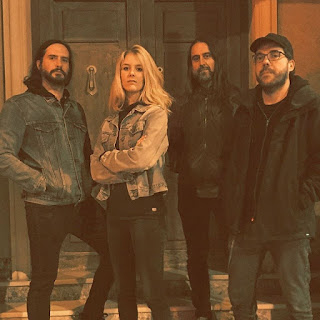 "Vegvisir" is not a heavy album neither, despite some of its lyrical content, is it an overly dark album, there is a warmth about Hela's new album, in both its musical grooves and vocal performances, that wraps around the listener like a an unexpected but very welcome embrace making it a very rewarding and totally satisfying listen
Check it out ….