"Warlock Rock" is not a genre you maybe familiar with but if Lafayette based Louisiana four piece Ole English have their way it will be one you will be actively seeking out in the future. The band, Lynden Segura (vocals/guitar); Nick Harvey (vocals/guitar); Magnolia June (bass) and Austin Wood (drums), describe what they do as "preserving the lineage forged by dynasties such as Black Sabbath, Kyuss, The Sword and Soundgarden", its a bold statement to make and one that could well backfire if it doesn't hold water, let's see if it does. 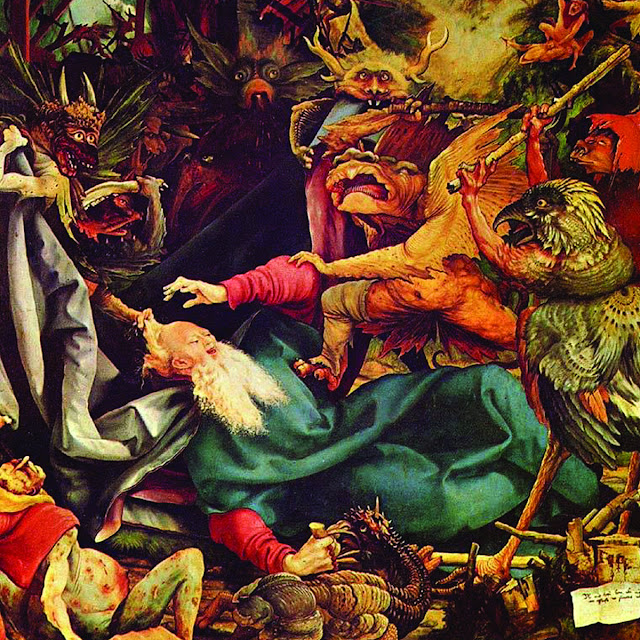 "Hooks... write them and they will come" could well be the thinking behind the first track to be presented on "Ole English" for here is a song with more "hooks" than a high school cloakroom, curly little guitar licks tagged on to the end of crunching riffs that immediately grab your attention and pull you further into the songs raucous groove and when you ally those hooks with the strong throaty vocals and pulsating rhythms that they decorate well who could blame you for sticking around. "Old Man" is the next track to raise its head and what a wonderfully gnarly head it is full of chugging metallic swagger and bluesy bluster and blessed with a clean powerful voice. "Heel" follows and has a groove pitched at the punkier end of the stoner rock spectrum both vocally and musically, however its not long before Ole English's blues rock credentials begin to show and the band close the song with a high energy stonerized heavy blues jam. Those blues credentials surface again on "Visions of Ghana" a song built around a "Dazed and Confused" type bass line that, much like the Led Zeppelin song, builds and builds until it takes on a life all of  its own and morphs into something completely different from what it started out as, in this case a heavily atmospheric doomic tome. "Holy Roller" closes out "Ole English" with a gritty rocker driven by booming bass and tight, solid percussion around which a mixture of crunching refrains and soaring off kilter solos are lavishly delivered, however that is not the whole story as things take an unexpected turn mid -song, the band taking things to a close on a plodding low slow doomic groove decorated in guitar textures that would not sound out of place gracing a 1960's spaghetti western. 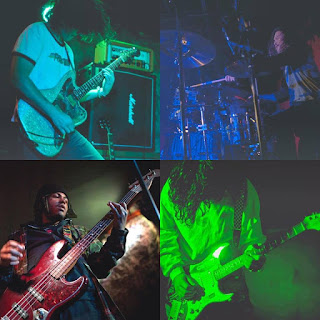 "Ole English" is a great album but one that is slightly schizophrenic, an album where listeners are bombarded with grooves that run the whole gamut of underground rock, one minute you are nodding along to a Sasquatch type proto-metallic groove the next your being blitzed by some heavy blues with stoner doomic undertones, this however is not a criticism but a testimony to the diversity on display here, Ole English do not push boundaries they smash them to pieces.
Check 'em out ....