IRON RIDER ~ WONDERING IF YOU'RE IN HELL BY NOW .... review

Something evil approaches ….
Mark Grillo (guitar/vocals); Michael Livathinopoulos (drums) and Julian Agneta (bass/keyboards) are that something evil and they approach us under the collective banner of Iron Rider. They come, with barely concealed sardonic grins and dark glints in eyes, from Brooklyn, New York and try to fool us, in convincing tones, that they are "an old fashioned bluesy doom band", don't be hoodwinked by their claims, one listen to their horror themed debut "Wondering If You're In Hell By Now" will convince you they are not! 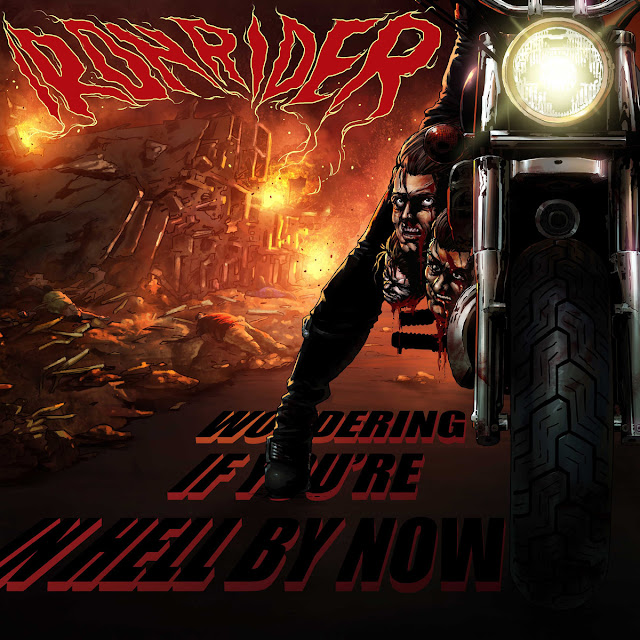 Of course given their claim to be at heart an old fashioned blues band Iron Rider need to keep up the pretence by presenting to the listener something that does retain, at least, a semblance of bluesy delta flavouring and they do this with "I'll Find You" a dark, low slung instrumental that although has its roots in the blues is unlike any blues you might hear coming from a Saturday night roadhouse bar band. This is a twisted, gnarled version of the blues played by a band who sound as if they are auditioning for a residency as the house band in Hades. The mask begins to slip on next track "Drifter" the trio jamming a heavy doomic groove underpinned by deep boneshaking bass and thunderous percussion over which low strung guitar adds dark textures and colours. Vocals rear their head for the first time and here is where any bluesy illusions still remaining are blown clear out of the water, Mark Grillo does not roar like Howling Wolf, he sounds like a howling wolf or at least some hellish, demonic version of one, his vocal not quite a guttural growl nor quite a spectral screech but sitting somewhere in between, clean yet at the same time harsh. Things calm down a little with "An Old Low" the band settling into a hazy low, slow doom groove around which lysergic six-string texturing is lovingly applied, the songs vocals this time taking on a more maniacal tone. "Bonfire" follows almost immediately and by now the blues that were at the root of the albums first track are almost a distant memory and we find the band hitting into a thundering instrumental that throbs and pulses with latent menace. Funky WAH drenched guitar introduces "Beg" and suddenly we are briefly plummeted into something that resembles blues territory but Iron Rider being Iron Rider it is not long before they are banging up sludge shaped fencing around the landscape and turning the place into a vision of hell. "Justice" closes out "Wondering If You're In Hell By Now", the band finishing things off nicely with a dark dank stoner doomic instrumental with subtle Sabbathesque undertones. 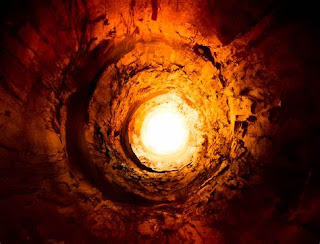 "Wondering If You're In Hell By Now" is the question, the answer is yes you are, now unpack your bags and make yourself at home.
Check it out …