Desert Psychlist could probably write a short novel on the various line-ups that have made up California's Albatross Overdrive since their formation in 2004 (they were just Albatross back then), so in order not to send you fast to sleep we will just say there have been a few. The present line up of Art Campos (vocals); Rodney Peralta (drums); Andrew Luddy (guitar); Derek Phillips (guitar) and Mark Abshire (bass) have been fairly stable since 2017 (but with this bands record that could all change before you reach the end of this review) and have just released their third album "Ascendant" 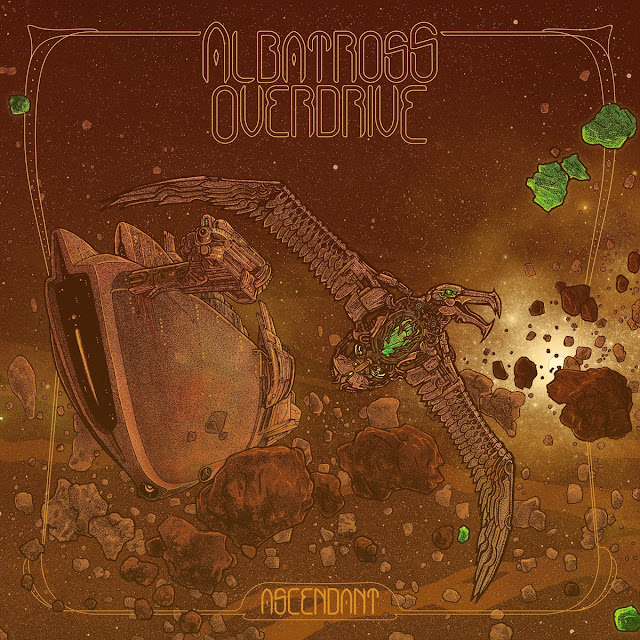 First tracks are an important part of any album, grab your listeners attention with something that is immediate and powerful and you more or less guarantee that he/she will be sticking around for the duration of your opus. Albatross Override begin "Ascendant" with a beauty called "On The Ledge" a full on no holds barred hard rocker with a feel not dissimilar to that of later period Thin Lizzy, albeit flecked with a little southern stonerized grittiness. Of course "On The Ledge" is not the best track on "Ascendant", it would be foolish to send in your elite troops first, but it does show that this is a band who intend to win the battle. "The Sleeper" follows next and dials up the intensity by initially going in harder and heavier but then confuses things by falling back into a hazy, almost lysergic, heavy blues with swirling guitar solo's and soulful grainy vocals underpinned by an intense and thunderous rhythmic groove. Title track "Ascendant" fizzes with vigour and energy and jams a groove that blends the bands already mentioned Thin Lizzy vibe with that of one more akin to that of Australian hard rock merchants Electric Mary which by anyone's book is no bad thing. Earlier we were talking best tracks and for Desert Psychlist "Come Get Some" is the cherry on the cake, the diamond in the rough, a song that is emotional and powerful, a song that in its early stages has a strong Bad Company vibe but then morphs into a humongous guitar screaming hard rock monster as it nears its conclusion. Up next "Live, Love, Laughter" boasts a spluttering heavily fuzzed groove around which vocals tell us to "live for tomorrow" and "love every day" while "Undecided" finds the band hitting a groove that listeners will be inadvertently humming long after the album has finished. "Pity Pie" closes "Ascendant" not, as might be expected, with an all guns blazing sweaty rocker but with a more restrained soulful lament, an emotion racked torch song with a swaggering bluesy undercurrent. 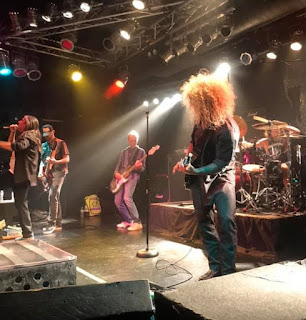 More classic rock than it is stoner, more Bad Company than it is Kyuss "Ascendant" is an album that sits somewhere between mainstream rock and its heavier underground cousin, an album that will appeal to fans of both but also to those whose allegiances may lie further afield..
Check it out ….