Blood diamond, political definition: A precious stone (or stones) usually mined from countries undergoing war or political strife and used to fund the purchase of arms or smoothly manipulate the process of political manoeuvring.
Blood Diamond, musical definition: Sludge/stoner band from Heemskerk, Netherlands specialising in kick-ass heavy riffage and pummeling rhythms whose sonic attack is as hard edged as the precious stones of the first definition. 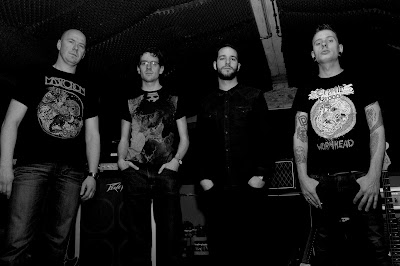 Those of you who purchased Blood Diamond's first album "Death Valley Blues" will already be familiar with the bands modus operandi of raw edgey vocals over big twin guitar riffage and thunderous bass and drums and will be wanting and hoping for more of the same, and Blood Diamond's second album "Saviours" does not disappoint. 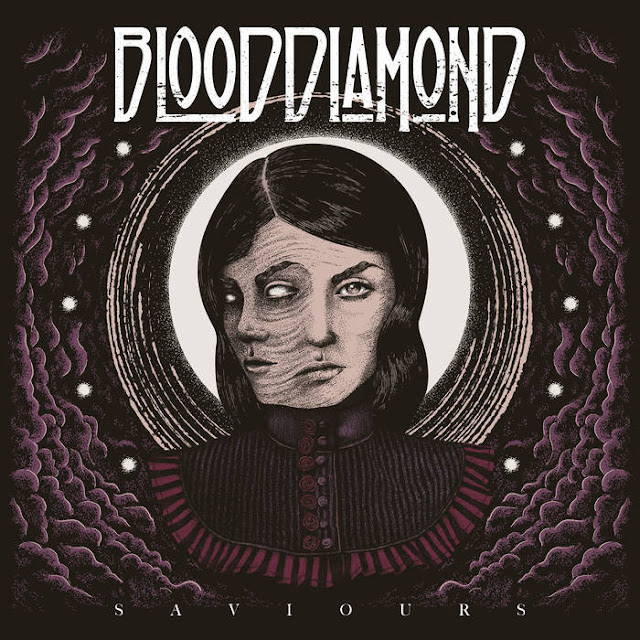 "Saviours" sees Blood Diamond infusing into their hard'n'heavy grooves a level of maturity that although not lacking on "Death Valley Blues" is on "Saviours" more evident. The quartet of Sven: Guitar/ Vocals, Tim: Guitar,  Bert: Bass and Mike: Drums have tightened up the looseness found in places on the first album and focused some, but not all, of their energy into working on arrangement and songwriting and trying to achieve this without compromising the raw edginess of their original sound. Songs like "The Heckler", "Sand & Stone" and "Never Confess" retain the anger, frustration and fury found on the first album, the bellowed vocals,pounding rhythms and hard'n'fast chainsaw riffage are all still there, but it is on  the songs like opener "Insanity Grows", "Burning Torch" and the excellent "Watch Me Flying" that the listener gets to experience the evolutionary path the band has taken from the previous album while also getting a glimpse of where this evolution might lead the band next.
Blood Diamond's next album will be what music journalists often dub "the difficult third album" but if the subtle progression from first album to second is anything to go by then the one from second to third should be a breeze.
Check 'em out .....
,

Posted by Desert Psychlist at 10:20