Red Stoner Sun will be familiar to some reading this, the German trio released some absolutely stonking albums together, the band blending aspects of desert/stoner rock, inspired by the likes of Kyuss, Fu Manchu and Nebula, with elements of swirling space and psych to create a sound that was in parts raucous and riff heavy and in others experimental and heady. Unfortunately, Red Stoner Sun are currently on an extended hiatus but music, like life, finds a way and so from the remnants of Red Stoner Sun a new band has emerged.
Khybernaut are that new band and are made up of Eazy Butterfly (drums) and Hensen (bass) from Red Stoner Sun plus Dave aka Reverend Snow White on vocals and the less than exotically named Ben handling guitar duties. There is marked difference to the dynamics employed on this self-titled debut EP than those Eazy and Hensen explored before with Red Stoner Sun, a more progressive dynamic with a darker grittier edge, a dynamic made even more grittier and darker by the superbly executed vocals and thicker denser guitar tones the good Reverend and Ben bring to the party. 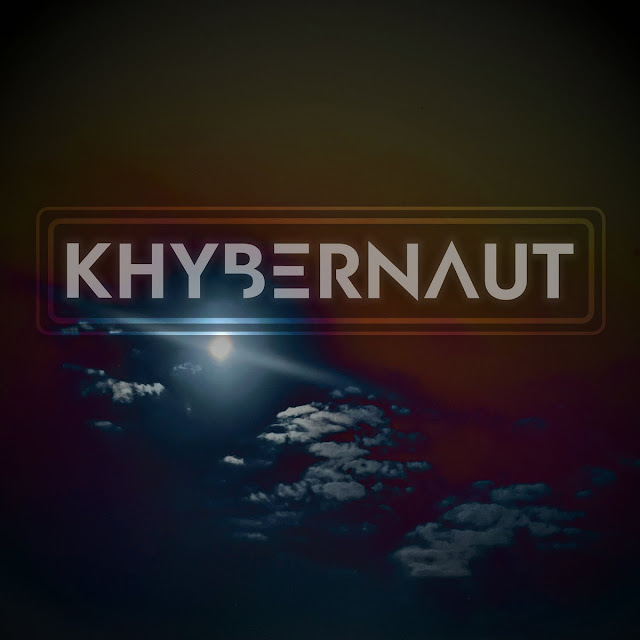 Desert Psychlist guesses many will label Khybernaut's music as being prog-metal, or at the very least "proggish", and fair enough it does have its fleeting moments of grandiosity and pomp but on the whole Khybernaut's sound is just a tad too gritty, doomy and raucous to be truly considered prog. Given that two of Khybernaut's members have spent time in a band known for blending desert flavoured rock with swirling spacious psych it is understandable that a certain level of grittiness is in evidence, but it is Ben's guitar tones and textures and Reverend Snow White's vocals that are the real deal breaker in this set up. Ben's riffs reverberate and thrum over and around Eazy and Hensen's superbly constructed rhythmic backdrops like thunderous black clouds and his solo's soar, swoop and squeal but rarely scream while Dave aka Reverend Snow White's superbly pitched clean baritone combines with his German accent to bring an almost gothic doominess to proceedings. There are no faults to be found in the levels of song writing and arrangement on display here either, "Relief", "Belief", the superbly atmospheric "Angel Must Fall" and the strident "Violet" all possess undulating dynamics that are constantly swelling and dissipating, each song flowing through its various changes with a stealth like subtlety that cleverly avoids the need for drastic musical leaps and sudden and unexpected left turns. 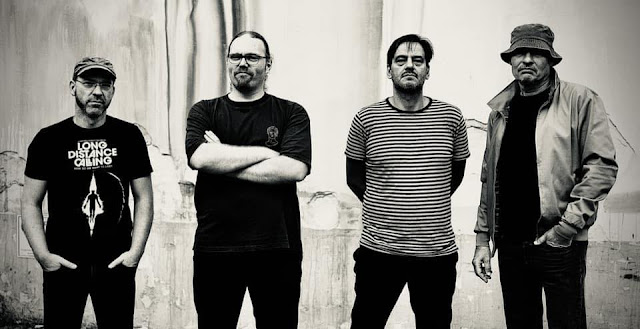 Labels and tags are a tool used by reviewers to give their readers an indication of what they might be listening to prior to hitting the play button when really, we should just be saying play this and make your own mind up but if a label HAD to be applied to Khybernaut's music, then we guess that proggish alt-doom served up with a side order of gothic desert grunge might just about cover it.
Check it out ....
© 2022 Frazer Jones
Posted by Desert Psychlist at 04:32