#First off an apology,: Desert Psychlist has been a little behind the curve recently due to network problems this has resulted in a few reviews, such as this one, being a little later than expected, things are thankfully now sorted.

Cardiff riff merchants Lacertilia blew some minds when they released their debut full length album "We're Already Inside Your Head" back in 2016, the band (formed by vocalist Matt Fry after his previous band Witches Drum dissolved) hit a groove with that album that was hard to ignore, a sort of Monster Magnet meets Cybernetic Witch Cult vibe with a hint of Clutch like swagger thrown in for good measure. After dragging themselves around the UK for the past few years supporting the likes of  Mammoth Wizard Weed Bastard, Orange Goblin and many others the band returned to the studios to record their second album "Calling the Quarters". 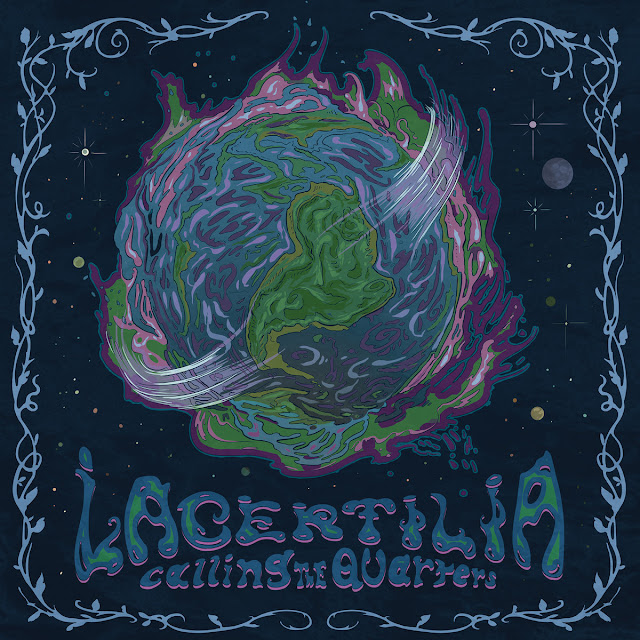 It is interesting to note that after deciding to call their second album "Calling the Quarters" the band then go on to musically give no quarter at all. If your looking for subtlety and nuance then stop reading now because Lacertilia are taking no prisoners with their latest release, this is an album that is on the attack from its first note to its last, its raucous, occasionally raw, and essential listening because of that. From the moment "Cloaks & Daggers" tears its way out of the speakers, like a wolverine on a mission, its hang on to your hats time as one feral refrain follows another, the intensity of the bands sonic attack only broken by the occasional psychedelic episodes and even those are a tad on the wild side. With Matt Fry's strong throaty vocals sitting atop the twin guitar attack of Michael Young-Temple and Lucas Zalunski and the powerhouse rhythm section of Ed Hughes (bass) and Tom Lee (drums) working their magic beneath the band give a whol new meaning to the words "full" and "on". 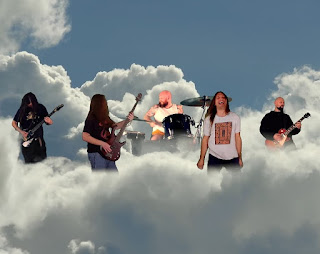 Lacertilia with "Calling the Quarters" deliver a tasty dish of  punked up stonerized metal served up with a side order of spacey lysergic madness, it's loud, it's in your face and it's bloody good fun!
Check it out....