With so much music out there it is inevitable that a few gems are going to pass you by from time to time, this was the case with Halo Noose's debut EP "Magical Flight" an EP released in February of this year and only coming to Desert Psychlist's attention today.
Halo Noose poses somewhat of a problem for this humble reviewer in that it is not exactly clear whether Halo Noose are a bona fide "band" (their Bandcamp page refers to them as a London band) or just the lone creation of a man called Stuart Morrish , the evidence currently at hand points to the latter and if that is the case then he is a very talented man indeed. 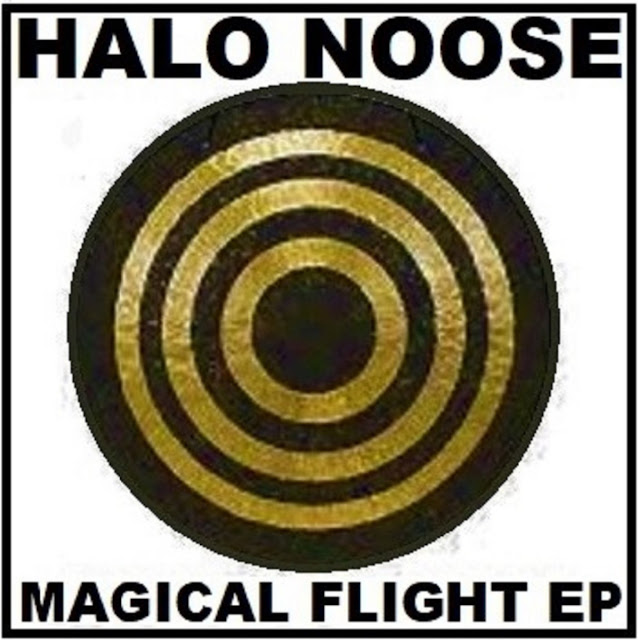 Not quite heavy psych but very close to it "Magical Flight" sort of occupies a middle ground between stoner rock and it's more lysergic fuelled cousin, in other words expect swirling swooping eastern themes and motif's underscored by crunching riffs and topped off by hazy vocal tones. If there is a criticism to be levelled at the seven tracks that make up " Magical Flight" it is that the overall sound is a touch trebly and lacks a thick glutinous bottom end, something that dialling in a touch extra growl and boom into its bass parts would have easily remedied. This criticism aside Halo Noose's EP is nevertheless a hugely enjoyable romp that explores aspects of both late 60's acid rock and early 70's psychedelic rock while also meeting much of the needs of today's psych listener.

Solo project or a genuine combo it doesn't really matter "Magical Flight" is, despite its flaws, a stunning debut from a man/band with a real understanding of the words "trippy" and "cosmic"
Check it out ….