We at Desert Psychlist have come to the realisation that our coverage of grooves coming out of the Dutch underground scene has been a little sparse to say the least, in fact the only bands we've covered from the Netherlands in the five years we have been running have been Desert Colossus and Blood Diamond This  needs to be remedied and how better than pointing you in the direction of Urban Graveyard a quintet from the Dutch Low Countries with a penchant for caustic fuzz drenched riffage and punchy thundering rhythms as can be heard on the bands debut "Welcome To The Urban Graveyard". 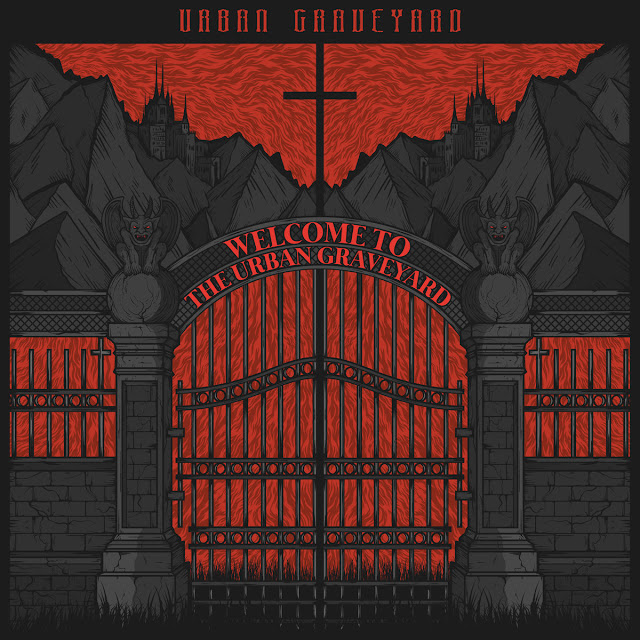 Title track "Welcome To The Urban Graveyard", is not so much a track as an introduction piece, its narrative, accompanied by the sound of  crowing cockerels, tolling bells and the sound of people getting on with their general lives, tells of how death for people living in medieval towns and cities was such a common occurrence that the dying and dead outnumbered the birds that sat atop the rooftops. Just as the listener begins to think they may have stumbled across some conceptual themed opus set in the Dark Ages the listener is suddenly propelled into the present with a gritty little ditty entitled "21st Century Prostitute"  a song that begins life with rolling, heavily fuzzed, bass line that is then joined by the rest of the band in a groove that sits somewhere between the generator party desert rock of Kyuss and the weed inspired riffology of Wales' Dopesmoker, incessant circular grooves decorated in big, slightly untamed, vocal colouring. A brief experimental piece going by the name "Danjon-L0" follows before we are once again battered by an onslaught of fuzz drenched refrains via "Bloodmoon Rising", a chugging thunder riffed groove monster interspersed with Hawkwind flavoured swells and swirls. "A Subtle Guide" is up next and does not differ much from its predecessor except for the fact that there is a touch of bluesy swagger thrown into the mix this time around. "A58" closes "Welcome To The Urban Graveyard", an inner city cruising song that conjures up visions of on coming headlight glare and seemingly endless tarmac, 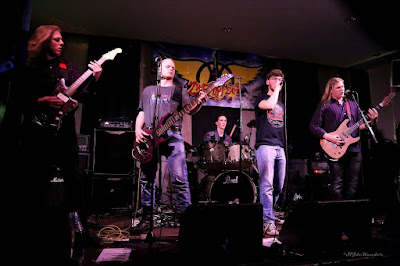 Experimental pieces aside Urban Graveyard's sound is a relentless assault that hits into a groove and does not deviate too far from that groove once that groove has been hit. Now some might read that statement as a criticism, it is not, like the aforementioned Dopesmoker Urban Graveyard use their relentlessness and repetition as a tool to create a mesmeric almost hypnotic feel with their music, the band creating grooves that once they have grabbbed you just simply refuse to relinquish their grip.
Check them out …..