"The Blues" can be found in almost everything from the most extreme forms of metal to the tenderest, gentlest folk song be it a single melancholy note or just a feel or vibe. Over the last decade "The Blues" has seen a huge resurgence not just in the guitar hero blues of Joe Bonamassa and Gary Clarke Jr. but also with those bands plying their trade in the depths of the rock underground. Some of these bands, like Clutch and Graveyard readily acknowledge the bluesy influence and inflections in their grooves while some bands don't even realise they are even there. The subject of today's review are of the former camp, Ohio's Golden God, Sebastian (vocals); Greg (guitar); David (drums) and Marshall (bass), know full well that the grooves they play may first come across as raucous, crunching and in your face stoner/hard rock but they also understand that at the root of their fuzz drenched riffs and punchy, powerful rhythms is a music older than they are. If you still need confirmation of Golden God's blues credentials then look no further than their jaw dropping debut "Silence, Death, Ovation, Gold" 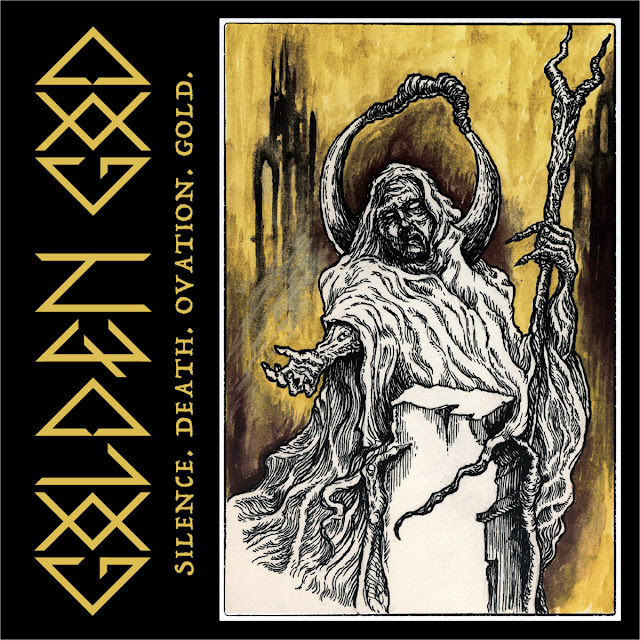 Ok let's clear up one thing, those reading this reviews intro might be expecting something Zeppelinesque or even Cream(ish) with some sort of late 60's early 70's heavy blues flavour, this is not the case. Golden God's groove is very much of today, a raucous raw edged groove drenched in caustic fuzz drenched guitar and distortion heavy bass that is driven by solid, thunderous percussion and coated in strong clean clear but gritty vocal tones. So where does the blues come in to all this we hear you ask, well the answer to that is just about everywhere, What Golden God does on "Silence, Death, Ovation, Gold" is to take the blues strip it of its black suit and shades image then dress it up in leathers and a band tee and stick a joint in its mouth, this is not the blues your mum and dad might have danced to in their day this is blues that'll try to seduce your mother while its friends beat your dad up in an alley. 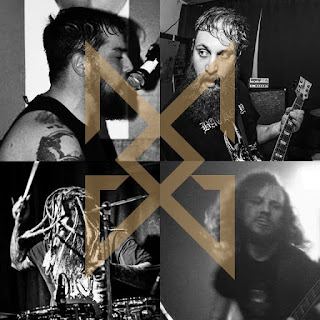 "Silence, Death, Ovation, Gold" is stonerized blues rock at its very best, an album that despite a couple strategically placed, breath catching , respites is a full on assault on the senses from start to finish.
Check it out …..