Norway is probably best known, in musical terms, as the spiritual home of black/death metal but there are plenty of other reasons to check out Norway's thriving underground rock and one of those reasons is the subject of this review.
Praise The Sun are a band who like to retain an air of mystery, the Norwegian doomsters keep a very low profile regarding their identities, no band pictures on their social media, no line up information on their Bandcamp pages, nothing. What we can tell you however is that the band jam grooves of  a dark stoner doomic nature and have released two EP's, "Overseeing the Mountain Void" and "E-Scriptures from the Summit", prior to releasing this their first full length album "IN: Thermoglobal Endpoint". 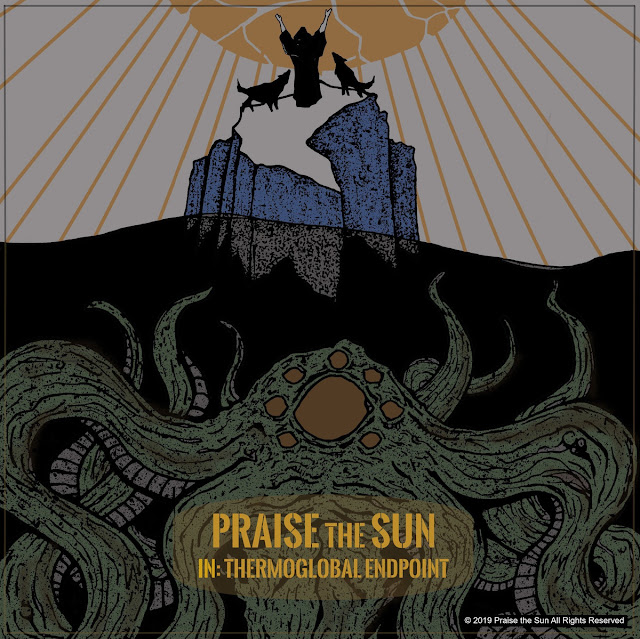 In keeping with their veiled profile Praise The Sun's music is equally veiled and mysterious, the band telling tales of old gods and cold dark places in monosyllabic vocal tones over low slung down tuned refrains that have an almost ritualistic aspect to them. Vocals throughout "IN: Thermoglobal Endpoint" are not so much sang as intoned and add a sinister and almost monastic edge to the proceeding giving the listener an overriding impression that what they are listening to is not the latest album from a Norwegian doom band but some sort of satanic rite set to a soundtrack of brutal metal. There is not much light to be found on "IN: Thermoglobal Endpoint" but with songs with titles like "Everything, crystallized", "Voidwalker Reborn" and "Fractured" there was never any likelihood there would be, this is an album that wallows in its own shade, a celebration of old ways and Pagan deity's, an album that targets the darker ancient beliefs that still dwell deep in our subconscious and reminds us that before we had God we had GODS! 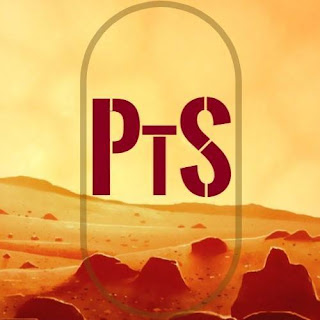 This is not an album likely to be put on to get a party started neither is it an album for the casual listener, "IN: Thermoglobal Endpoint" is an album that requires your full attention, from start to finish, so as to better appreciate its mesmeric nuances, its hypnotic subtleties and its dark spirituality.
Check it out ….