There must be those out there who are starting to believe Desert Psychlist has some sort of obsession with the Greek stoner/hard rock scene as, over the few years we have been active, we seem to have covered a good many Grecian bands on these pages. The truth is, however, that with so many good bands and so much good music coming out of Greece at the present time it would be just too damn hard NOT to feature an album/band from that country.
One band who Desert Psychlist has not covered on these pages hails from Kalamata, Southern Hellas consisting of Dimitris Diamandis (vocals), Yiorgos Mpelos (guitar), George Mountaneas (bass) and Stathis Bar (drums), a band of bearded desperados flying under the collective banner of Mr. Booze. The band. who have released two previous albums, "Greetings From The Middle Finger" (2012) and "Dance At Your Own Risk" (2015), and have shared stages with such Greek hard rock/stoner luminaires as 1000 Mods and Planet of Zeus, have just released their third album, a stonking collection of fuzz drenched raucousness and doomic riffery entitled "The Mourning Hypocrites" 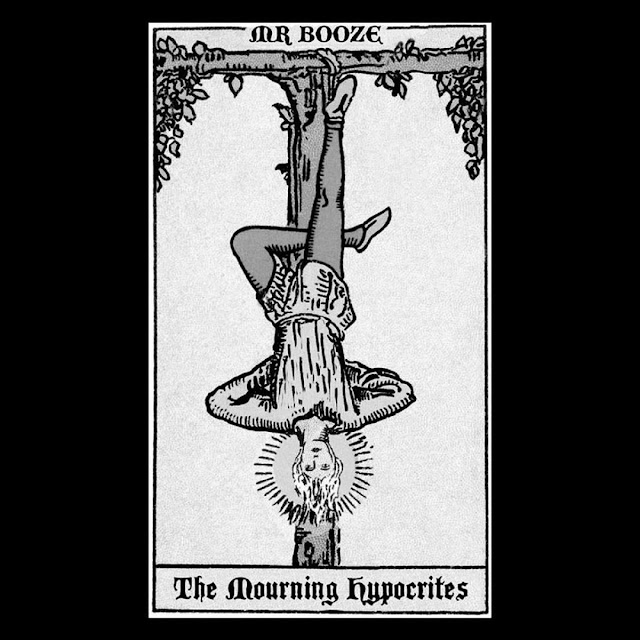 The one common denominator among many Greek underground bands seems to be their predilection for adding, to their crunching riffage and thundering rhythms, a certain element of southern rock/metal swagger and swing. Mr Booze are no exception to this rule but where Mr Booze differ from their Greek contemporaries is in the doomic elements the band bring to the table, retaining the southern swagger that almost seems to be a prerequisite in Greek rock, but adding to it a darker, danker edge. This darker edged vibe is prevalent from the very first track "✝",  the snippet of sampled dialogue that announces the tracks arrival telling us to "fasten your seatbelts, it's gonna be a bumpy night" is the perfect introduction to an album that both crushes and rocks in equal measure.
Each song on "The Mourning Hypocrite" is like a little dark vignette telling tales of despair and desolution all perfectly executed by a band who have learnt their craft supporting some of Greece's finest underground combo's. Drummer Bar's mix of restrained intricacy and brutal power sits at the root of Mr. Booze's sonic attack, the percussionist locking in with Mountaneas' grumbling, growling bass to build diverse platforms of groove for guitarist Mpelo's to decorate with a mixture of crunching down tuned riffage and soaring lead work, the three musicians creating the perfect musical frameworks to portray and display Diamandis' strong, distinctive vocals, the front man able to go from throaty stoner drawl to full on heavy metal howl with consummate ease, his range and tone giving lyrics like "hear the hounds scratching at my door, smells like their fear has settled on the floor" an extra level of impact and gravitas. 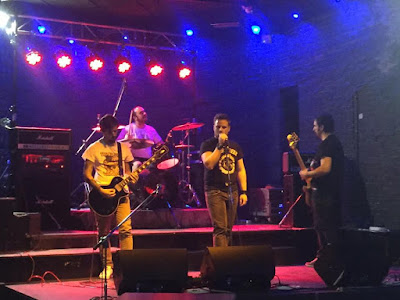 From the aforementioned "✝", with it's swinging vocal melody and menacing groove. through to the ever shifting proto bluster of "Mourning" there is an underlying feeling of danger and unpredictably to the seven songs on "The Mourning Hypocrite" a feeling that is akin to living near a dormant volcano, you know it is going to erupt, you just don't know when!