Snake Healer, a doom/sludge collective from Miami, Florida are a band shrouded in mystery, they are a band who like to keep their identities a guarded secret, refer to themselves as "Monks of the Serpentis Dominus"(Serpent Lord) and list among their hobbies exorcism, rituals, worship and prayer. Some reading that last sentence might well make the assumption that Snake Healer are some Ghost-like combo, playing with a similar occult themed formulae in order to give themselves an edge, whether this is the case or not Desert Psychlist can't say but what we can tell you is that Ghost even at their most satanic never sounded as dark, dank and as convincing as these guys do on their debut EP "Oblatio" 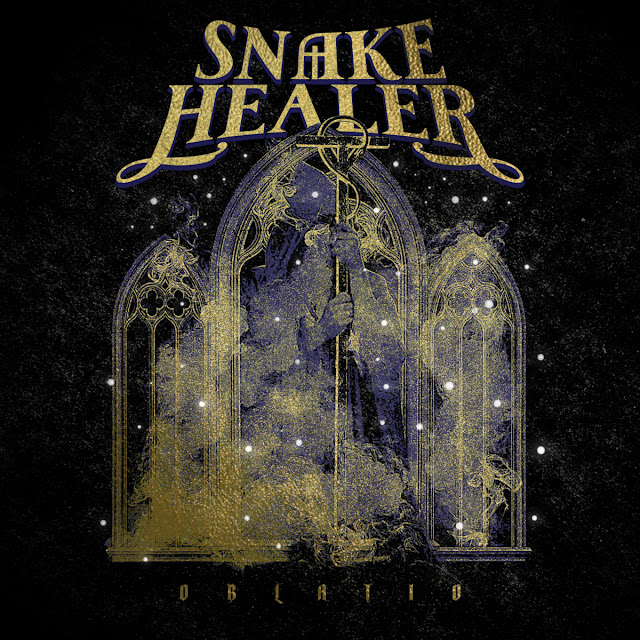 Things begin suitably dank and devotional with "Serpentis Dominus" a ritualistic affair which finds the band chanting their lord's name in monastic mantras over a backdrop of varied and sparse percussion around which a miasma of low dark droning keyboard effects add an extra level of creepiness. By now you are probably wishing you hadn't pushed play with the lights off and that situation is not going to improve by much when next track "Evocation" erupts out of your speakers in an explosion of crunching old school doom riffage and thunderous drumming accompanied by a vocal that lyrically borders on the edges of religious fanaticism. For next track, "In His Name", Snake Healer not only summon up the spirit of their lord but also that of  those LA thrashers Metallica cleverly hijacking part of the chorus and melody of "Master of Puppets" and swapping the word "Obey" for "Embrace". Musically however this could could not be further removed from thrash, the band jamming a low slow heavy groove decorated in a weirdly hypnotic mix of clean clear lead and harmonised vocal tones. Things start to get a little weird now (if they weren't weird enough already) with a piece of narrative entitled "Record Entry February 22 1922", this is a piece supposedly narrated to a recording device (reel to reel?) documenting one Robert E Brown's first contact with the Lord of Serpents and his observations. Things return to some semblance of normality with "Call On Me" an intriguing doomic number that lyrically intones the Lord of Serpents words to Mr. Brown inviting him to "take my hand, I'll show you the way" in pristine clear vocal tones backed by a groove that is "old school" in nature yet carries an air of dissonance in its execution. This is followed by "Record Entry November 22 2021" another spoken to tape piece this time documenting the handing over of power from one Coven leader (Speaker) to another by way of sacrifice which leads nicely to "Oblatio", a song chronicling this handing over of power from the perspective of the new "Speaker" that is played out to a soundtrack of dank and delicious doom over which Gregorian style mantras support a clean and suitably devout vocal. 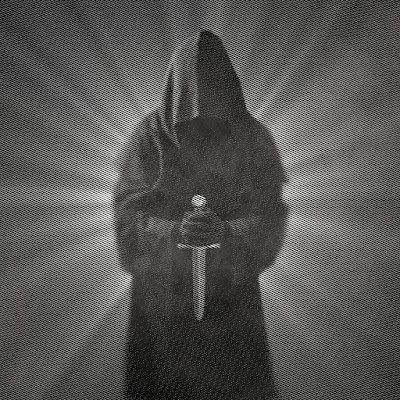 Whether you buy into Snake Healer's tales of coven life, sacrifice and devotion to scaly skinned deities or believe this is all a cleverly constructed gimmick in order to give them an edge over their peers is nether here nor there, although it would be quite worrying if it were not, what really matters is do they DOOM and on the evidence of "Oblatio" they most certainly DO!
Check 'em out ....
© 2022 Frazer Jones
Posted by Desert Psychlist at 01:56