Ceased Sunfire may not be a name you will be overly familiar with but that could all change with the release of the bands debut EP "Sleepless". The Finnish trio of  Ale (vocals, guitars); Fellu (bass) and Juza (drums) hail from Helsinki and jam a groove that is best described as raucous and heavy, a doomic flavoured groove that boasts a blackened edginess layered with growling bass and crunching guitar tones and thunderous percussion over which a growling earthy vocal narrates and roars dark lyrical tales. 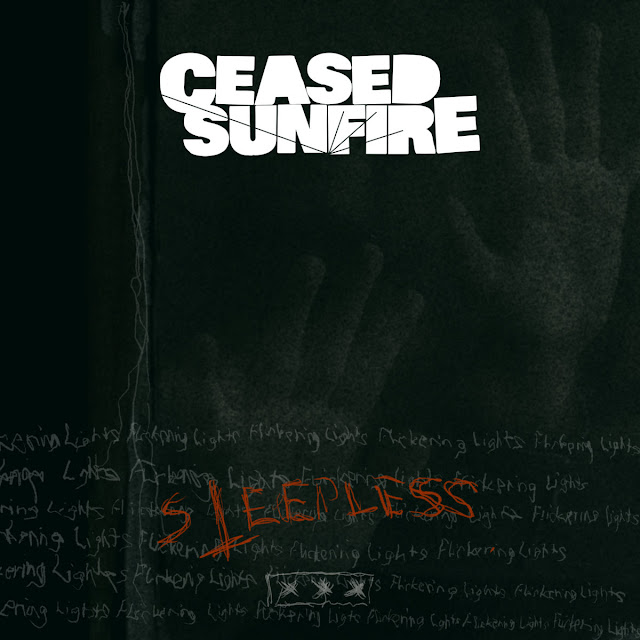 "Sleepless" consists of just three songs but those three songs are the perfect teaser for what will hopefully one day become a full Ceased Sunfire album. The first of those three songs is "Were We Ever.....", a groove laden monster packed to overflowing with thick chunky bass lines and thrumming guitar refrains driven by solid pounding rhythms, dynamically the song sits somewhere between proto doom and stoner/sludge metal in that it possesses the dankness and drama of the former but also takes ownership of the blackened grit and drive of the latter. The vocals that decorate this delicious slice of metallic bluster are a force of nature in themselves, Ale's vocals border on the harsh yet despite this possess a surprising clarity which when mixed with his frequent lapses into throaty spoken narrative gives his delivery an air of sinister malevolence. Some might complain that two minutes ten seconds is a little short for an opening number but it is in fact quite refreshing in a scene that often finds bands going a little overboard on track length to hear a song that hits you hard fast and doesn't overstay its welcome. "Dead To Me" follows and has an almost circular revolving feel to its dank doomic groove, the songs recurring guitar riffs are pushed hard by Fellu's growling bass and Juza's pounding drum salvo's and are taken to another level by Ale's distinctive vocals and swirling guitar solo's. Ceased Sunfire close the show with "Melting Stones" and here we find the band throwing a few curveballs into the ring, Ale still shreds his larynx into so much mincemeat with his distinctive delivery but this time he is accompanied by occasional ritualistic harmonies over a groove that carries a little more metallic stridency than its two predecessors, it is at three minutes fifteen seconds another song that hits its targets and moves away quickly but whether three minutes or longer a good song is always going to be a good song and this is a good song that has earned its place on a very good EP! 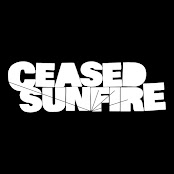 Sometimes you take chances while searching for new music, checking things out because you are impressed with the artwork or are intrigued by a bands name, often this is an approach doomed to disappointment but every now and then you come across something that hits you hard in the solar plexus and ticks all your relevant musical boxes. This was the case with  Ceased Sunfire's "Sleepless", a raucous and righteous collection of hard edged doom and stoner metal that what it might lack in its finesse makes up for in its sheer gritty gnarliness.
Check it out ....
© 2022 Frazer Jones
Posted by Desert Psychlist at 05:46