All of us within this scene love a bit of old school grit'n'roll and none of us are likely to complain if those old school grooves incorporate a little Sabbath worshipping proto doom into the equation from time to time. Brazil's Murdock, Guilherme Sezoski (guitar/vocals); Pholl Gregorio (bass): Guilherme Franco (drums) and Rafael Sezoski (guitar), deliver that grit'n'roll in spades as well as more than a fair share of Sabbath-esque proto grooviness with their latest EP "Entre Tigres e Lobos", the songs are sang in Portuguese but don't let that be a put off for those of you who don't speak the language because these grooves speak volumes on their own. 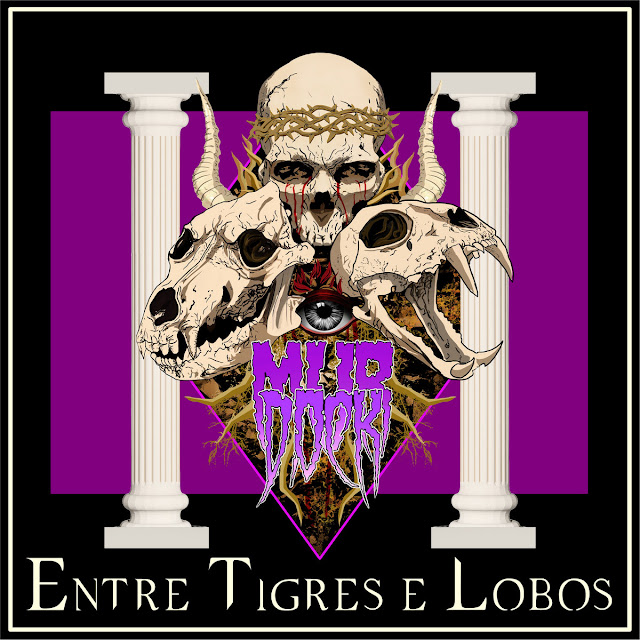 Now we spoke of gritty rock'n'roll and we spoke of Sabbath-esque proto-doom and for first track "Ironico Maldito" Murdock put the two together and then top it all off with a strong throaty vocal and a guitar solo's straight out of the classic rock guitar bible, ok its not boundary pushing stuff but sometimes all you need are the basics. For next track"Ser", Murdock go full Sabbath, specifically the Birmingham bands "Master of Reality" period, however Sezoski and Rau's trade off solo's, that take the song to its close, are probably closer to Thin Lizzy's Robertson and Gorham than they are to Iommi's double/triple tracked efforts with Sabbath. "Pesadelo Acordado" jams an outrageously addictive groove that finds Murdock, in places, coming across like a doomic version of British hard rockers UFO while title track " Entre Tigres e Lobos" finds the band once again harvesting fruits from the riff laden orchards of Black Sabbath. There is a very slight change tack for "Vingança das Bruxas" a song that sees Murdock dipping their toes into bluesier waters, those waters still heavily doomic but with slightly more restrained dynamic and a slower more atmospheric feel. Final track, "Olhos Sinistros", is a remastered/reimagined version of the bands first ever release, the songs groove is more stoner than it is doom and sounds much more polished and immediate than it does in its original form, it is also a great way to sign of on what is a highly enjoyable little EP. 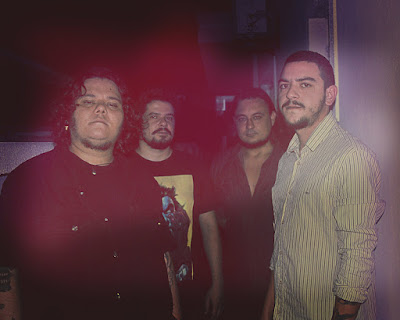 Like we said in in our intro "Entre Tigres e Lobos" holds nothing that you might call boundary pushing or ground-breaking but it is nonetheless a highly enjoyable romp that is a good reminder to us all that rock music was not always meant to be highbrow and deeply thoughtful and that it could be, and can still be, honest and fun to listen to.
© 2021 Frazer Jones

Posted by Desert Psychlist at 14:22