Hyde, much like those doomed gangsters from Quentin Tarentino's  Reservoir Dogs movie, prefer to keep their identities under wraps and so instead of Mister Pink, Blue and Green we have Mister S. Mister P. and Mister J., three musicians from Paris, France who describe themselves as a "power stoner trio". The band first came to Desert Psychlist's attention with the release of a three song demo released via their Bandcamp page, a release we described as "killer". It has been a while since Hyde's 2016 demo but the wait has been worthwhile as the bands  elf titled debut release, "Hyde", is every bit as vital and "killer" as the demo that preceded it 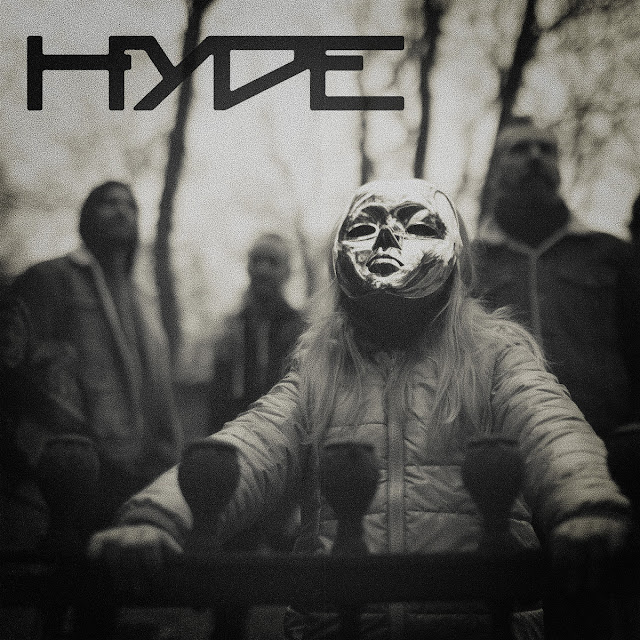 Those unfamiliar with Hyde's 2016 demo need not fear they have missed out, now that the release is no longer available, as all three tracks appear on the new album, a little more polished yet at the same time losing none of the gritty rawness that made them such a delight to hear in their original incarnations. "Hunters Run" comes across a little more darker and atmospheric than it did in its demo form, its mixture of crooned narrative and guttural vocalising sounding a lot more macabre and unnerving while the stoner doomic attack of both "Tsunami" and "The Barber of Pitlochry" sound so much bigger and bolder thanks to the albums thicker, denser production. Hyde's newer songs are just as dynamically striking as their older counterparts "The Victim", "Black Phillip" and "D.W.A.G.B." all jam Hyde's signature sound of doomic desert groove salted with a quirky, but quite brilliant, array of vocal stylings but it is the song that the band take their name from that really shines like a beacon in the darkness. "Hyde" is an epic opus that creeps, crawls, struts and swaggers over an eleven minute plus duration and is a song that will appeal to both fans of traditional doom and its stoner doomic cousin, vocally magnificent and musically intense the song is the highpoint of an album packed with highpoints. 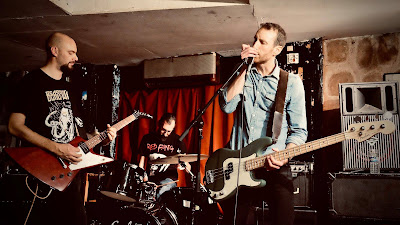 If your a fan of atmospheric stoner doom tinted with a sludgy blackened edge then "Hyde" is the album for you, the band call what they do "power stoner with groove inside", a statement hard to disagree with.
Check it out …..