Steven Hammer (guitar/vocals); James Wright (bass) and Pali Emond-Glenn (drums), three musicians based between Melbourne and Bendigo, Australia, started out there musical journey under the collective banner of Lowpoint but as the band neared the completion of their debut album it was decided that the name was no longer reflective of the music they were creating and so last year announced they were changing their name to Sleeping Giant, a title they felt better represented the direction their music was moving in. That album, "Sleeping Giant", has now been completed and is available on Bandcamp so you can decide for yourselves whether you think Lowpoint's transformation into Sleeping Giant was a justifiable one, we think it was. 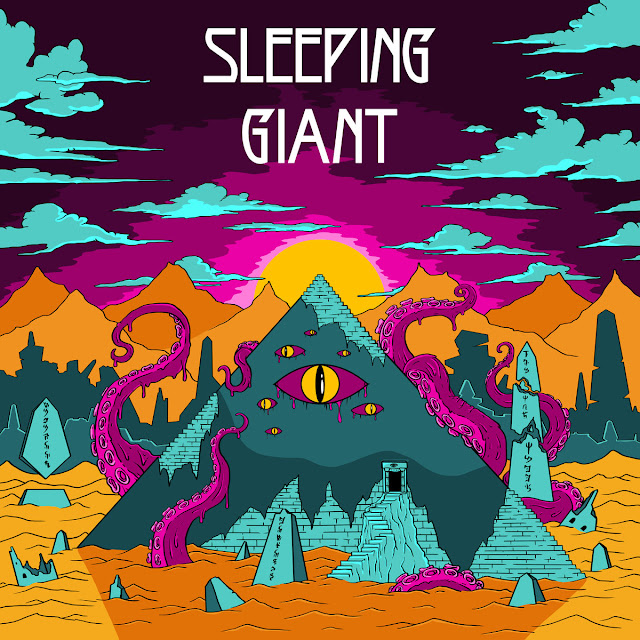 There are no clever soundbytes or sampled narrative used as an introduction to Sleeping Giant's debut album just a short sudden burst of dark noise and a headlong dive into the riff heavy waters of first track "Sleep". "Sleep" serves as a great introduction to Sleeping Giant's sonic attack and tells you all you need to know about what Sleeping Giant are about in just over five minutes of proto-doomic splendour. Riffs are the commodity this band deal in, crunching low slung riffs driven by solid tight percussion that are allied to clean, clear vocals, vocals that work as the perfect counterbalance to the heaviness they are surrounded by. Sleeping Giant know the value of a good refrain and on songs like "Temptress", "Empire", "Serpent" and "Gypsy" they use those refrains to devastating effect, Wright and Emond-Glenn laying down a bedrock of heavy grooves that are thick, dank and intense, that dankness and dense intensity only broken by Hammer's strong clear vocals and his searing bluesy guitar solos. There were times during listening to "Sleeping Giant" that Desert Psychlist was reminded of legendary UK proto-metallers Budgie, not so much in sound (although there are some similarities) but in the way the band juxtapose their heavier elements with those of a lighter, more restrained and dare we say gentler dynamic something that informs all three movements of the "Visions" suite that closes the album with parts "I","II" and "III" employing a mix of glistening arpeggios and scorching lead work to give them an almost prog(ish) feel, "II" further muddying the waters by adding an unexpected element of blackish vocal colouring into the mix. 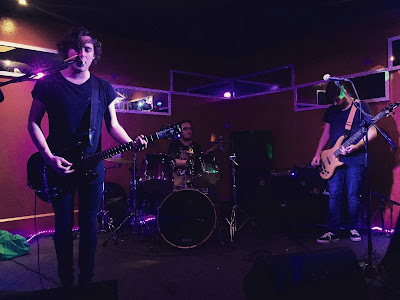 All in all "Sleeping Giant" is a promising debut from a band who, if they remain on the path they are currently following, will garner fans from every faction of the underground rock buying public... and rightly so
Check 'em out ….