Desert Psychlist first became aware of Portland, Oregon's Hippie Death Cult due to the release of a series of singles via Bandcamp, we loved what we were hearing but were a little miffed that these great songs had to be purchased separately and not part of one EP or full album. Thankfully this all changed recently when the quartet, Eddie Brnabic (guitar), Laura Phillips (bass), Ryan Moore (drums) and Ben Jackson (vocals/keys), finally bit the bullet and released their debut album "111" (Cursed Tongue Records) 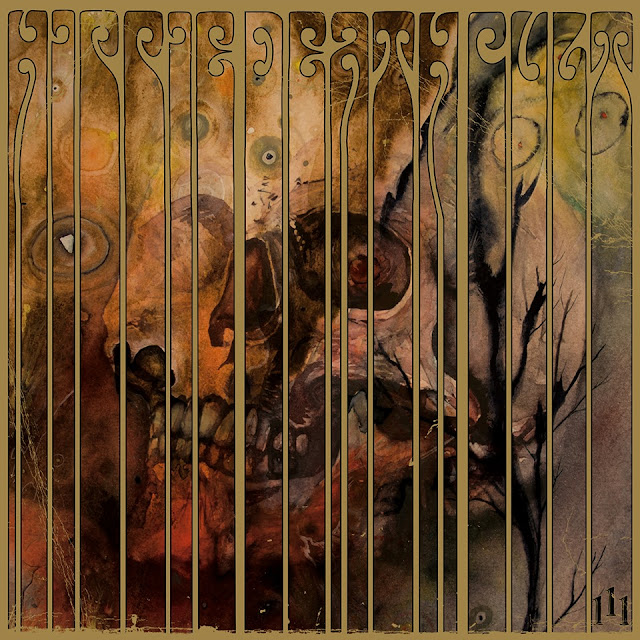 "Sanctimonious" kicks off "111" in an explosive mix of crunching heaviness and lysergic trippiness, a forceful barrage of thundering percussion and growling bass, decorated in swathes of hazy psychedelic keyboard textures and swirling guitar solos, over which soulful clean vocals croon and wail with passionate fervour. The song, and for that matter the whole album, has a strong 70's hard rock vibe running through it s veins yet at the same time is very much a child of today's stoner/doom scene, a child birthed as much from the stonerized grooves of Elder and Wo Fat as it is from the bluesy classic sounds of Purple and Zeppelin, don't though start thinking that "111" is some sort of  backward looking "retro" album, there is far more going on here than that. There is a lysergic element to the grooves Hippie Death Cult bring to the table that is only just kept in check by their need to rock out, delve deep into the bands raunchier songs, like "Breeder's Curse", "Unborn","Pigs" and "Black Snake", and underneath all the swirling guitar solos, grizzled bass lines and thunderous percussion you will find subtle shades of psychedelic colouring. These subtle shades comes courtesy of the albums keyboards which swirl and swoop, not so much over proceedings but more in and out of them, adding texture and depth that might not at first be obvious but would be noticeable if absent. The band are also unafraid to throw a few curve balls into the mix as on the beautifully tranquil "Mrtyu", a neo classical acoustic number with medieval leanings, and "Treehugger" , a song that mixes heavy stoner riffage with lashings of good ol' southern swagger. 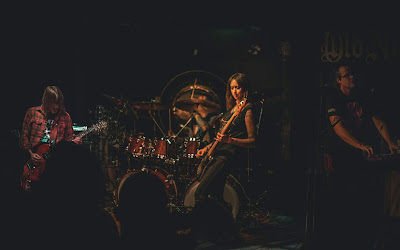 Hippie Death Cult describe themselves as "Happy Intelligent People Pursuing Infinite Enlightenment through sound and vibration" a statement that not only gives you a clue to the "Hippie" part of their name but also tells you they are a band with a plan, where that plan will  eventually lead them to is too early to tell but if "111" is the first step on that path then future steps are going to be very interesting.