Around five or six years ago a new sub-genre of rock/metal started to make its presence felt in and around the underground scene, a sound inspired by the dark witch/warlock lyricism and heavy psychedelic music leanings of 70's cult bands like Coven and Black Widow blended with elements of today's doom, hard/classic rock and in some cases pop . Some began calling this sound "occult rock" and some called it "spectral doom". This new(ish) sound was first spearheaded by European bands like Holland's The Devil's Blood, Germany's Blood Ceremony and England's Uncle Acid and the Deadbeats but has since rapidly spread further afield. Today it is hard, while searching the internet for new music, not to come across at least one or two bands with an occult rock flavouring especially since the emergence of Sweden's occult torchbearers Ghost.
It is in Sweden that we find the subject of this review, a four piece band going by the name of Kingnomad,  Mr Jay (guitars and vocals), Mano (drums), Marcus – (guitars and psychedelia) and Maximilian (bass and backing vocals),who have just released their new album "The Big Nothing" on Ripple Music Records and are a band whose sound contains elements and traces of all of those bands mentioned above but mixes with them something a little unique and magical of their own. 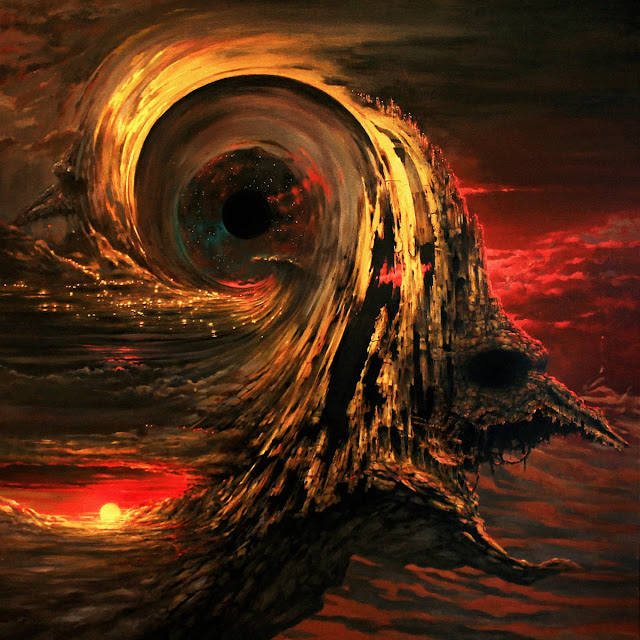 "The Yoga of Desolation" introduces "The Great Nothing" with a brief barbershop style vocal that segues then into "Cosmic Serpent" a diverse mix of spacey stoner rock blended with elements of 70's flavoured prog. Strangely it is the former song that sets the tone for the latter and for that matter the rest of the album as Kingnomad take you by the hand and lead you through soundscapes populated by swirling guitar solo's, thrumming bass lines ,diverse percussive patterns and occasional keyboard colourings. It is, however, Mr Jay's superb smooth and effective vocals that will stick longest in the mind after this album finishes, his tones and phrasing, whether singing alone or harmonising with Maximillian (and with his wife on track 1), take things to a whole new level. I suppose the nearest comparison Desert Psychlist could make with Kingnomad would be that of their fellow Swedish countrymen Ghost but where Papa Emeritus/Nihil and his Nameless Ghouls tend to lean towards cheesiness and gimmickry on occasions there is an integrity to Kingnomad's grooves that doesn't sound contrived or faked. Kingnomad may come across a little quirky, a little off the beaten track on first listen but when you dig deeper and really take the time to listen to songs like "The Mysterious Agreement", "Collapsing Pillars of the Earth" and title track "The Great Nothing" you come to realise these guys are the real deal and that boy these guys can play! 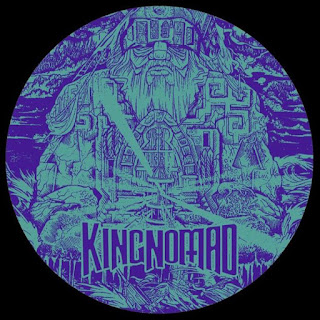 Proggish grooves dipped in doom and hard rock might not seem something to get too excited about but then add in Baroque tinted lead vocals and monastic harmonies plus a level of musicianship akin to that found in jazz and classical music and those little hairs on the back of the neck start to really stand to attention. Kingnomad's "The Great Nothing" might not be everyone's cup of tea but it just might be yours.
Check it out ….