Grunge. or alt-rock as some prefer to call it, exploded onto the music scene in the early 90's and was more or less spent as a major musical force by the end of the decade, however, in its short life span grunge managed to wreak its fair share of havoc on the music business. Glam/hair metal was wiped out as a credible musical force almost overnight and thrash metal was never ever quite the same after grunge hit. One rock sub-genre that wasn't quite so damaged by grunge's emergence was the desert/stoner rock scene, in fact it actually benefited from its rise with many, so called, "stoner" bands incorporating elements of grunge and alt-rock into their own sounds, something that brings us nicely around to the subject of this review.

Netherlands trio Baardvader, J.Aron (guitar/vocals); J.P. (bass) and Koen (drums), were formed in early 2019 and the following year released their self-titled album "Baardvader", a stunning collection of tunes that mixed the slurred grungy dynamics of bands like Alice In Chains and Soundgarden with the fuzzed out riffage and stonerized swagger of combos like Graveyard and Kamchatka. This year the band return with their second album "Foolish Fires" sounding even more slurred and fuzzed out than ever. 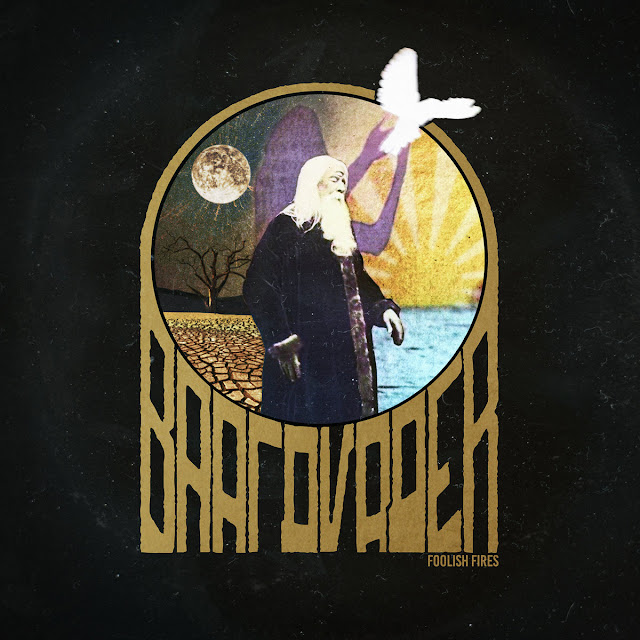 A myriad of effects and sampled noises introduces first track "Pray" followed by the band exploding into a groove that is at first doomic and dank but then with just the slightest shift morphs into an Alice In Chains - like groove, slurred bass and guitar riffs and double tracked vocals holding sway over a backdrop of powerful solid and tight percussion. "Understand" follows and has, in its initial stages, a somewhat more Nirvana-esque quiet/loud/quiet dynamic than its predecessor but then gets a touch more stonerized and metallic as it nears its close with its vocal neatly following suite. "Illuminate" is up next and is a song that uses every trick in the grunge/alt-rock handbook, undulating dynamics, Staley/Cantrell/Cobain-like vocal phrasing and low-slung slurred guitar refrains, yet even with these in place still comes out sounding sludgier and heavier than anything that was coming out of Seattle back in the day. "Blinded Out" finds Baardvader flexing their psychedelic muscles with a song that utilizes everything from Hawkwind-esque swirls to exotic flavoured motifs, ideas they expand upon further with the excellent spaced out and ever so slightly doomic "Prolong Eternity". Baardvader close out their second album with "Echoes" a spitting snarling ten minutes plus beast of a song that chugs and gallops in equal measure and leans, at times, towards a more extreme metal sound while still managing to hold on to its grunge/alt-rock credentials thanks to a superb Cantrell/Staley flavoured vocal melody, it's impressive stuff and a fitting end to an album that started on a high and then just kept on climbing. 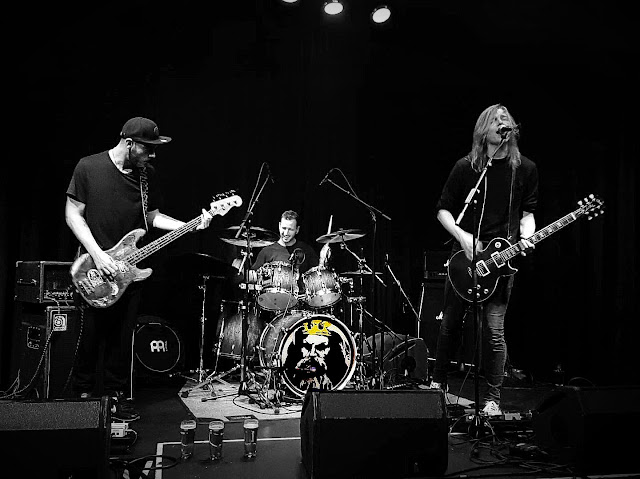 One of the worst aspects of the whole grunge/alt-rock movement were the copycat bands and bandwagon jumpers, like Creed and Nickelback, bands who didn't quite grasp alt-rock/grunge's unique aesthetics and mixed elements of its sound with their own, fairly generic and stale, hard rock grooves to reach a wider audience and a achieve a short cut to success. This is not a criticism that can be levelled at Baardvader, there is an authentic feel to Baardvader's grungy/alt-rock grooves on "Foolish Fires" that is not copy and pasted, these guys understand the music and understand how it should be played but at the same time are not limited by it. By blending grunge/alt-rock's dark, somewhat downbeat and grimy, aesthetics with the heavier and fuzzier dynamics of sludge and stoner rock and then further muddying the waters by decorating that combination in lyrical content that is fairly doomic in its nature Baardvader have taken grunge/alt-rock into territories it was always meant to move into and in turn have revitalised the music for a whole new generation of fans unafraid to pair a plaid shirt with a sloppy sweater.
Check 'em out ,,,,
© 2022 Frazer Jones
Posted by Desert Psychlist at 06:52