If you chanced upon, and read, Desert Psychlist's review of Swedish/Scottish combo Sleepwulf's self-titled debut album "Sleepwulf" you will know we were mightily impressed with their retro flavoured blend of classic metal and proto-doom and with their tendency to keep their songs short sharp and to the point. This year of our Lord 2022 sees the band return with a new album, "Sunbeams Curl" (Heavy Psych Sounds Records) and although the songs are a little longer this time around those retro flavourings remain and are just as impressive. 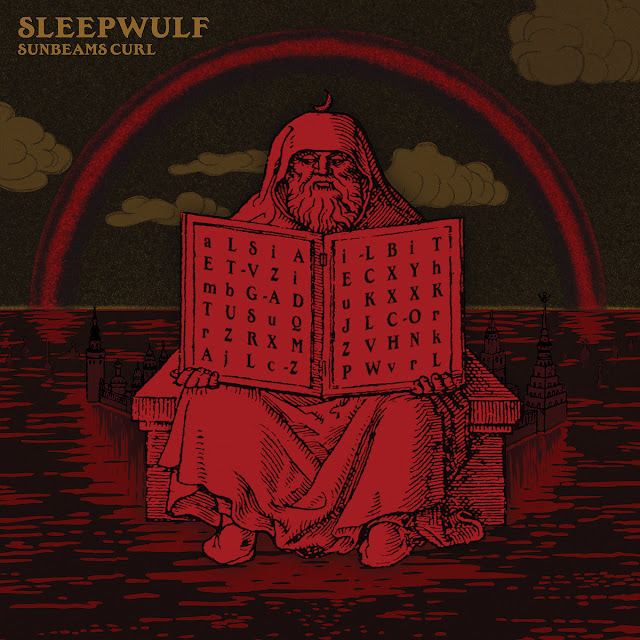 Desert Psychlist had been hearing people making comparisons to such big hitters as Jethro Tull and Black Sabbath prior to us reviewing "Sunbeams Curl" and we kind of got the Tull comparison, although we would have to point out that we are talking very early Tull here, but as for the Sabbath connection well we are just not hearing that one. When reviewing the bands debut album we described them as having "the musical essences of such cult legends as Warhorse, May Blitz, and Leaf Hound" and we stand by that statement with maybe the additions of Scotland's Iron Claw and the USA's Coven to that list. Sleepwulf's new album is filled with songs bearing titles like "Satan is King", "Sex Magic Manifestation", "Toad Licker Mushroom Picker" and "Bury Me Backwards", songs themed around the occult, paganism and rural folklore decorated in a sound so authentically 70's it is hard to believe that they grace an album that was only made recently. Reading the notes that accompany "Sunbeams Curl" on the albums Bandcamp page it is not surprising that the band have managed  to captured such an authenticity of sound, the band having recorded the album live in their own studio, on the edge of a woodland (which may explain much of albums paganistic and rural leanings), onto an old  tape machine. Comparisons and authenticity aside "Sunbeams Curl" is a superb album in its own right and one that is packed with solid performances from all involved, Sebastian Ihme and Viktor Sjöström's crisp and crunchy guitar and bass refrains are drenched in vintage fuzz and distortion, Carl Lindberg delivers tight solid busy and precise percussion and the perfectly pitched clean effective vocals of Owen Robertson are delivered bereft of any traces of egoistic rock god showboating, all these elements and more combining together to provide the perfect example of why less, in musical terms, can often equate to being more and in this case so much more. 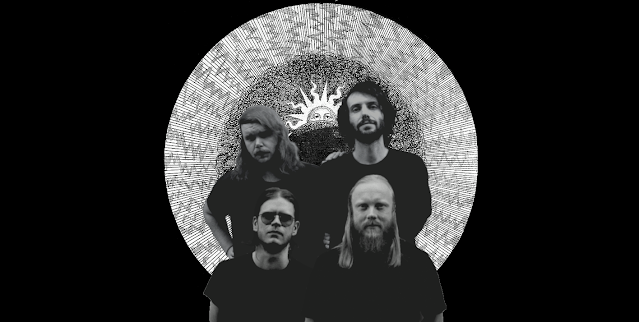 "Sunbeams Curl" has the feeling and sound of an album you might chance upon while searching for rare rock gems from the early 70's on YouTube, an album with the warmth and feel of an age long gone but still fondly remembered. Some will call Sleepwulf's sound "retro" some will opt for "vintage" but whatever you decide to call it really doesn't matter because "retro" or "vintage" this is some damn fine music!
Check it out ....
© 2022 Frazer Jones
Posted by Desert Psychlist at 08:36