MONSTERS OF THE ORDINARY ~ EDELSCHROTT ... review

There seems a strange gulf between rock/metal's mainstream and its underground equivalent, a void where very few bands exist. On one side of the gulf there are bands like Alter Bridge and Halestorm on the other side there are your Sasquatch's, Howling Giants and Green Druid's with hardly any bands filling the space in-between. Austrian/American collective Monsters of the Ordinary may just be the band to fill that void with their latest EP "Edelschrott" 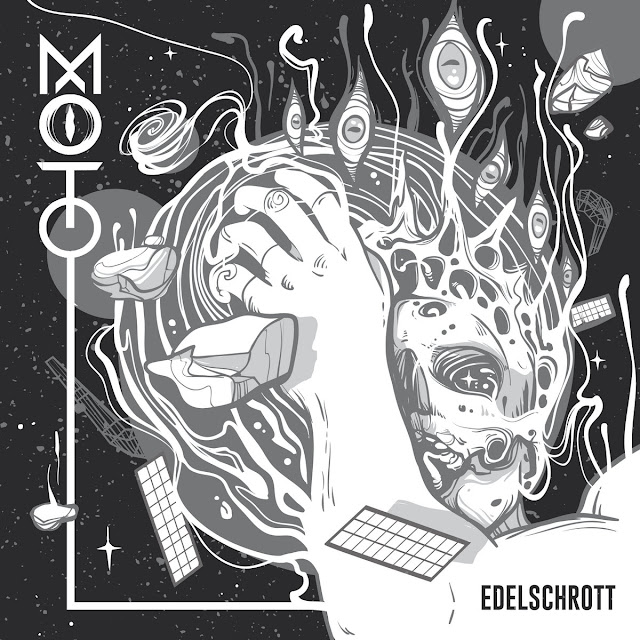 "Edelschrott" is an EP with everything you would expect to hear from a mainstream rock release, it has hooks, melodies, strong clean vocals and a crisp clean production but there is crunchier, fuzzier  more angular side to what Monsters of the Ordinary bring to the table that also places their sound in the territories of the underground. The perfect example of this melding of dynamics comes courtesy of the EP's second track "Headroom" where the band hit into a juddering strident groove decorated with fractured guitar chords and brief but effective angular solos underscored by a tight and wholly adaptable rhythm section.  Monsters of the Ordinary present us here with a groove that certainly sits within the parameters of what is constituted as "underground", however vocally the song leans towards a more mainstream metal dynamic, its easy to singalong to verses utilize a clever ear-catching trick of repeating every last word of each line, and are combined with a chorus that lingers in the mind long after the last note fades into silence. This coming together of underground grittiness and mainstream polish is repeated throughout the four tracks that make up "Edelschrott" and showcase a band who would not sound out of place either being played on corporate rock radio or on some obscure underground rock podcast. 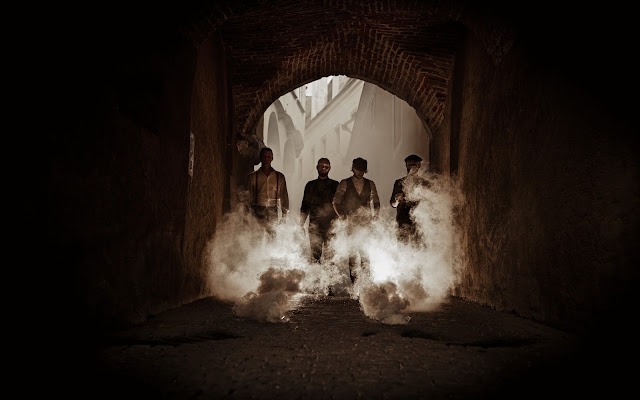 In the short blub that accompanying the bands Bandcamp page the band describe their sound as "unpolished, straight forward and unapologetic". Desert Psychlist has to disagree with at least one part of that statement, unapologetic we will give them but there is plenty of polish to be found on "Edelschrott"  it is just that its tarnished with pleasing coating of grit.
Check it out .....
© 2021 Frazer Jones
Posted by Desert Psychlist at 11:52